Survey: More than 1 in 10 youth inmates say they were sexually abused 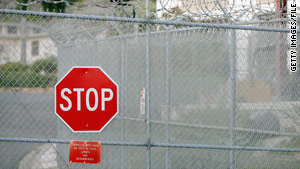 For some facilities the estimated percentage of victimized juvenile inmates exceeded 30 percent.

Washington (CNN) -- More than one in 10 juvenile detainees in major U.S. facilities say they experienced some form of sexual abuse or sexual victimization while in detention, according to a report Thursday by the Department of Justice.

The report's major finding is only an estimate, due to the inability to verify the information collected through questionnaires. Still, the estimated 12 percent of more than 26,000 detained juveniles reporting sexual victimization by other detainees or staff members brought a pledge of steps to address the issue.

The findings "bring into focus the dire circumstances that too many youth in juvenile correctional facilities have to endure," said a Justice Department statement issued with the report.

"While the report focuses on specific types of juvenile facilities -- larger facilities that typically hold adjudicated youth for longer periods -- the Department of Justice is committed to addressing confinement issues for all youth in all facilities," the statement said.

The Review Panel on Prison Rape -- part of the Justice Department's Office of Justice Programs -- will hold hearings on the report as part of a broader effort to reduce prison rape, according to the statement.

In addition, the department's Office of Juvenile Justice and Delinquency Prevention is seeking funding for a National Training and Technical Assistance Center to improve conditions and treatment services for detained youths, the statement said.

According to the report, juvenile detainees filled in computer questionnaires about sexual victimization in their facilities. A total of 9,198 respondents out of 26,551 youths held in 195 major public and private facilities nationwide participated in the voluntary survey conducted from June 2008 to April 2009, it said.

Because the survey collected allegations from anonymous participants with no follow-up investigation or substantiation through review, "some allegations ... may be untrue," the report said.

The results showed 1,199 youths reporting "one or more incidents of sexual victimization," the report said. That figure was then extrapolated for the entire survey population to produce the estimate of 3,220 detained youths experiencing sexual victimization, or 12.1 percent of the 26,551 total, according to the report.

Other estimated findings of the survey included:

• About 95 percent of all youth reporting staff sexual misconduct said they had been victimized by female staff. In 2008, 42 percent of staff in state juvenile facilities were female.

• Thirteen facilities were identified as "high rate," with an estimate of at least 20 percent of their population reporting sexual victimization. For some, the estimate exceeded 30 percent.