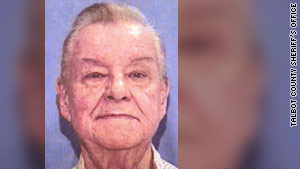 (CNN) -- James von Brunn, who was accused of killing a security guard at the U.S. Holocaust Memorial Museum in June, died Wednesday morning at a hospital in North Carolina, his attorney said.

"He was just very sick," public defender A.J. Kramer said. "It is a sad end to a very sad occurrence."

Kramer said officials from the U.S. Bureau of Prisons transferred von Brunn to an undisclosed hospital, apparently realizing his condition was worsening. Before being moved, von Brunn was undergoing mental competency tests at a prison facility in Butner, North Carolina.

The cause of death wasn't immediately known.

A federal grand jury indicted von Brunn in July on murder charges in the death of Stephen Tyrone Johns, a six-year veteran of the museum's security staff, the Justice Department said.

Von Brunn, of Annapolis, Maryland, faced a seven-count indictment in the June 10 attack. Four of the counts could have made him eligible for the death penalty. He also was charged with gun violations and hate crimes.

Officers at the museum returned fire and shot him, and he was hospitalized.

In July, against his will, von Brunn was ordered to undergo psychiatric testing. He ignored the advice of the judge and his defense attorney and addressed the court during a hearing to fight any delays.

"Your Constitution guarantees me a speedy and fair trial," he said from his wheelchair to U.S. District Judge Reginald Walton.

Von Brunn repeatedly claimed "The Diary of Anne Frank," a widely read book about a teenage girl's experiences under Nazi rule, was a hoax.

The museum shooting occurred on a day the museum was to stage a play based on Anne Frank and two days before what would have been her 80th birthday.

Von Brunn is accused of entering the museum in the afternoon and shooting Johns with a rifle, said Chief Cathy Lanier of the District of Columbia's Metropolitan Police Department. Two other security guards returned fire, according to Lanier and a museum statement.