This week on Marketplace Middle East 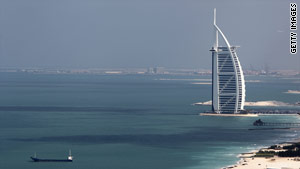 The real-estate sector around the world took a downturn due to the financial crisis and the Middle East was no exception.

For Dubai, the building boom of the 1990s came to a virtual halt, but not before it had designed its skyline to help define its role in the region. Now neighboring Abu Dhabi and Doha are doing the same.

This week, MME takes a look at how the Gulf is building up a new identity.

While many countries in the region are using architecture to project their identity, one organization is using it to promote economic development.

The Aga Khan Award for Architecture is dedicated to improving the living conditions and opportunities for the needy. This week MME conducts an exclusive interview with Chairman, Founder and spiritual leader of the Muslim Ismaili community, His Highness the Aga Khan about growing poverty in the region and the rapid pace of change.

Watch the show this week at the times (GMT) below: