Why being a CEO 'should come with a health warning' 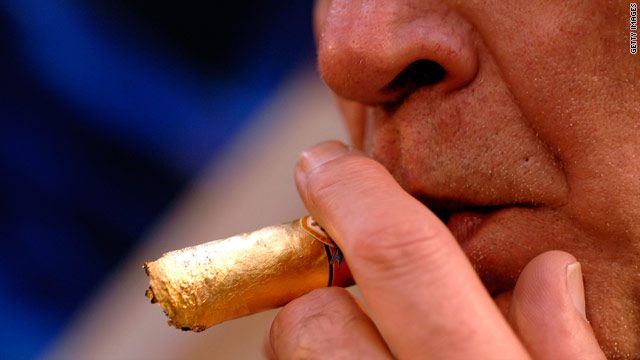 Being at the top of your profession can buy you a lavish lifestyle, but could being a CEO be bad for your health?
STORY HIGHLIGHTS

London, England (CNN) -- Money, power, a jet-setting lifestyle -- why wouldn't you want to be a CEO? There are plenty of reasons, according to CEOs themselves.

Steve Tappin is a CEO confidant and author of "The Secrets of CEOs." Researching the book he interviewed 150 global chief executives about business, leadership and the harsh realities of their job. What he discovered might make some wannabe chief executives reconsider their ambitions.

"Probably two thirds of CEOs are struggling," Tappin told CNN. "I don't feel there's really a place where they can learn to be CEOs, so I think most of them are making it up."

Tappin and a neuroscientist friend have carried out physiological and neurological tests on chief execs. The results paint a picture of chief execs being overworked, overstressed and exhausted.

"The major emotions a CEO has are frustration, disappointment, irritation and overwhelm," Tappin said.

"There should be a health warning. If you have those emotions for 80 percent of the day, they lead to stress and cortisol in the body, which leads to accelerated ageing, heart attacks and cancer.

CEO HEALTH WARNING
From "The Secrets of CEOs"

Even if you succeed in this role, you may ultimately be forced to leave it prematurely.

There is a high risk that while in the role you will have a limited life outside work and that the job will put tremendous strain on your health, happiness, and close family relationships and friendships.

"In many cases people were burned out and stressed. The end game is that they've got very low energy. People assume CEOs are superhuman but they're grappling with a really hard job."

Being a CEO has always been tough, but the global nature of modern business means running a company has become increasingly complex, with decisions needing to be made around the clock.

A global business means global travel -- not just exhausting business trips across time zones, but having to relocate for work. The former chief executive of mining giant Rio Tinto says he and his wife have lived in 19 houses since they were married.

Tappin said the downturn has heaped even more pressure on CEOs, who are having to simultaneously cut jobs and keep workers motivated.

Then there's the loneliness. About half of Tappin's interviewees admitted they find the job intensely lonely and didn't know who to turn to for advice.

In The Secrets of CEOs, Mike Roney, chief executive of plastics group Bunzl, says "The chief executive's job is solitary. You really don't have a peer group in the same way that you have when you're one of a number of executives working at a large company."

Tappin said this can be a real problem for chief execs. "Who do you turn to? You can turn to your chairman, but your chairman can ultimately sack you," he told CNN.

"You can turn to your execs, but there's an element that you're trying to make sure they deliver, and also potentially they could do your role."

You might think a CEO could talk over their problems with their family, but it turns out that family life, or lack of it, can be another problem.

"About 90 percent struggle with work-life balance, when they talk off the record," said Tappin. "Jobs are exhausting and emotional."

An unnamed CEO who has been married twice is quoted in the book as saying, "I can't remember my boys growing up. I can't remember them when they were young. People ask whether you have to make a choice between your family and your career. You definitely do. You can't have both."

But Tappin said there are CEOs who manage to negotiate the perils of the job. He gave the example of Philip Green, CEO of British firm United Utilities.

"He is a Christian and he has a 'five f' formula: faith, family, fitness, fun and firm," said Tappin. "Notice he didn't say firm first. Those are core to him being able to succeed."

Tappin said it is possible to thrive as a CEO -- it just requires a new way of working. "The only way forward now is for much more of a team, or what I call a fellowship, of four or five at the top. A really tight team on a mission to create a brilliant company," said Tappin.

He added that it's a model that's increasingly being used by companies in emerging markets, such as India and China.

Tappin said chief execs should surround themselves with a support network. That network could include psychologists and personal trainers who can help a CEO cope with the pressures of the job and stay at the top of their game.

"Most CEOs don't take care of their own personal performance, being at their best everyday," he said. "The big development in the next five to 10 years will be learning from all these fields like science, psychology, sports performance and coaching.

"We have that training for athletes, why don't we have it for CEOs looking after hundreds of thousands of people?"

He said it's also vital for CEOs to set firm work-life boundaries and to make sure they have interests and values outside of work.

"There's an element of not everything being about the job, because once you have that and then it goes wrong, that's when people have breakdowns."