How to temp your way to the top 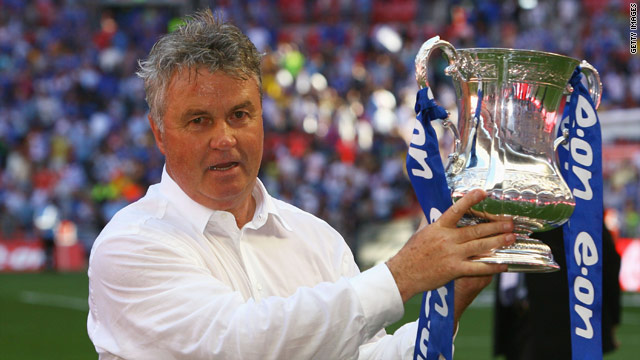 Guus Hiddink was temporary coach of Chelsea football club in 2009. Despite his success he chose not to take up a full time role.
STORY HIGHLIGHTS

London, England (CNN) -- The recession has prompted many employers to take on temporary staff where they would have once hired permanent workers. This is prevalent at a senior level, where executives may be drafted in to turn around the fortunes of an ailing company.

They may also be hired to oversee a period of restructuring but experts say taking a temporary job could be the perfect way to land a permanent position.

Neil Wilson, managing director of UK recruitment firm Badenoch and Clark, told CNN that in times of financial uncertainty employers are attracted to the flexibility of hiring staff on temporary or fixed-term contracts.

Wilson said the economic crisis has resulted in more highly qualified candidates having to take temporary jobs -- but he added that taking a temporary job can be the perfect way of getting back into the workforce.

So how do you go about turning a temporary job into a permanent position?

Don't think of it as temporary

"A sensible approach to temporary work is to regard it as a permanent job, because you never know where it might lead," said Wilson.

"If you go in and show an interest in the company and what they're doing, and if you're prepared to take on extra work or volunteer for work and make sure you get on with your colleagues, that all potentially adds up to someone who puts themselves in a position where they're invaluable to the company."

Corinne Mills is managing director of London-based Personal Career Management. She told CNN that it's important to cultivate the key decision makers who have the power to make your job permanent.

"Make yourself visible, get out and about, visit other departments and try to work with people in different areas. Have face-to-face conversations with different people and build relationships," she said.

Look beyond the task you've been given and show you really understand what's going on.
--Corinne Mills, Personal Career Management
RELATED TOPICS

Mills said that while permanent staff usually take part in induction programs where they learn about their employer, temporary workers often miss out.

That means temporary employees need to do their own research about their employer. Try to understand the company, its products and the market it operates in.

"Look beyond the task you've been given and show you really understand what's going on," she said

Work to the best of your ability

Wilson said that some temporary assignments are related to clearing a backlog of work. That means if you finish the work in less time than you were allocated, you may find yourself looking for a new job sooner than anticipated.

But that's no excuse to slack off. "Some people try to stretch out the work to fit the timescale, but my advice would be to do the work to the best of your ability at all times," said Wilson.

"It gets noticed, and even if it doesn't lead to a permanent role, you'll get a good reference for your next job."

If you've got skills that aren't being used in your temporary role, it's your responsibility to let your employer know what you have to offer.

"Prove your worth by talking about what else you can do, your other skills and expertise that you can bring that would help the company in the future. Tell them how you can be an asset"

There's nothing wrong with a temporary job

Wilson told CNN that regardless of the recession, companies are increasingly looking to have a flexible workforce, especially at the senior level, because it let's the employer hire and fire staff in response to changes in demand.

That means temporary work is here to stay, and it's not necessarily a bad thing. Mills said there is a well-established market for interim workers, and many people build successful careers working on specialist projects on six-month or one-year contracts.

"A lot of people really enjoy the variety and they have the flexibility to go and do other things when they want to," she said.

Mills added, "Sometimes people don't want to take a job because it's temporary, but it's a great low-risk way to enter an organization, find out if it's for you -- and if it's not right you can make an easy exit."