TEHRAN, Iran (CNN) -- Iran confirmed Tuesday the arrest of three American hikers who crossed into the country from neighboring Iraq and said they have been charged with "illegal entry," a semi-official news agency reported. 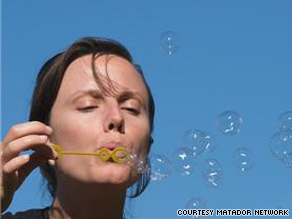 Sarah Shourd, like the other two hikers, is a graduate of the University of California, Berkeley.

The three were arrested in the western Iranian city of Marivan, Iraj Hassanzadeh, deputy governor of Kurdistan province, told the Fars News Agency.

Earlier, Swiss diplomats in Iran and U.S. Secretary of State Hillary Clinton had urged Iran to provide information on the hikers.

"Obviously, we are concerned," Clinton said. "We want this matter brought to a resolution as soon as possible, and we call on the Iranian government to help us determine the whereabouts of the three missing Americans and return them as quickly as possible."

The three American friends -- seasoned travelers who are former students at the University of California, Berkeley -- had been hiking along with a fourth companion through parts of Iraq's Kurdistan region last week.

On Friday, the three apparently crossed the unmarked border with Iran and were detained. The fourth companion had stayed behind at a hotel in Sulaimaniya, Iraq.

Peshrow Ahmed, spokesman for the security manager of Sulaimaniya, said the three had been in contact with their companion until about 1:30 p.m. Friday when they reported they were "surrounded by Iranian soldiers." No further communication was received.

Watch the sequence of events leading to the trio's detention »

The Web site of Iran's Arabic-language Al-alam TV, however, reported that an Iranian security source said the three Americans infiltrated into Iran's Kurdistan province after being warned that they were close to the border. A fourth person from the group went back to Iraq, said the channel, which is linked to the country's Revolutionary Guards.

Officials at the Swiss Embassy -- which represents the U.S. interests in Iran because Washington and Tehran do not have formal relations -- said they had spoken to Iranian officials. The Swiss ambassador was expected to seek consular access to them, U.S. State Department officials said.

The University of California, Berkeley, confirmed Monday that Bauer, 27, Shourd, 30, and Fattal, 27, were former students there, and that Meckfessel took a summer course in Arabic at the university in 2007. Meckfessel is a graduate student at the University of Washington.

"My husband and I are eager for the best welfare and conditions for our son, Josh, and for the other two companions he's with," Laura Fattal of Elkins Park, Pennsylvania, told CNN Radio. "And that is our only concern, his welfare and the best conditions for him."

He shared his friends' love of travel and learning, and was described as "fiercely intellectual" by his friend, Chris Foraker, who spoke to CNN affiliate KVAL-TV in Eugene, Oregon.

Bauer, a 2007 honors graduate in peace and conflict studies, is a journalist fluent in Arabic working in North Africa and the Middle East, according to the Berkeley statement. He recently produced stories on Iraq and Syria for the San Francisco, California-based New American Media, and won a top prize at the university in 2007 for his photos of the devastation in Sudan's Darfur region, the school said.

Sandy Close, executive director of the nonprofit Pacific News Service, described Bauer -- a photographer whose material occasionally has been posted on her Web site -- as a "gifted linguist and photographer with a wanderlust for travel and a student of Arab cultures. He's a remarkably talented guy."

In a profile listed on a travel Web site, Shourd, a 2003 graduate with an English degree, described herself as a "teacher-activist-writer from California currently based in the Middle East." The Berkeley statement called her an "aspiring journalist" who reported a story this year on the Golan Heights.

Meckfessel was identified by his grandmother, who told CNN that he stayed behind because he felt sick. Meckfessel has met with an American consular official, said the U.S. Embassy in Baghdad.

"My grandson has asked me not to talk to the media," said Irene Meckfessel of Carmichael, California, before hanging up.

All About Iran • Iraq • Kurdistan