(CNN) -- A former U.S. soldier could face the death penalty after being convicted of raping a 14-year-old Iraqi girl and killing her and her family. 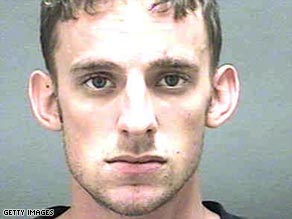 Jurors deliberated for more than 10 hours before finding Green guilty of murder, rape, conspiracy and obstruction of justice, according to the court's Web site.

Green, 23, was accused of leading a group of soldiers that committed the crimes in 2006 in the Mahmoudiya area, south of Baghdad.

They killed the girl's father, mother and younger sister before raping and killing her and burning her body.

Last year, then-Pfc. Jesse Spielman received a 110-year sentence in the case for felony murder, conspiracy to commit rape, rape and housebreaking with the intent to commit rape.

Three other soldiers charged in the case received sentences ranging from 27 months to 100 years.

The slayings became public in 2006, angering the Iraqi public and prompting demands from some Iraqi officials that American soldiers accused of crimes against civilians face prosecution in Iraqi courts. U.S. military and civilian officials condemned the attack and vowed to bring those responsible to justice.

All the defendants were with the 502nd Parachute Infantry Regiment of the 101st Airborne Division, based in Fort Campbell, Kentucky.

Spc. James Barker, one of the soldiers involved, told investigators that the soldiers were drinking whiskey, playing cards and hitting golf balls when Green brought up the idea of going to the house near the checkpoint where they were stationed to rape the girl. Barker described Green as persistent.

The soldiers then allegedly changed into dark clothing and covered their faces before going to the house, investigators said.