JERUSALEM (CNN) -- Israel's prime minister denied media reports that it is negotiating with the militant group Hamas, which controls Gaza, but said there will be Israeli "consultations" Sunday "regarding the situation in the south." 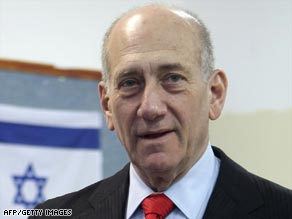 "Should a decision of any kind be required, it will be made only via a meeting of the Security Cabinet and after taking into account all of the new political circumstances that have been created in the wake of the recent Israeli elections," Yanki Galanti, the media adviser for Ehud Olmert, said Saturday night in a statement.

Israel held elections Tuesday which resulted in a near-tie between Livni's centrist Kadima party and the right-wing Likud party, led by Benjamin Netanyahu. It is not yet clear who will emerge as prime minister.

Israel agreed January 21 to temporarily halt its three-week military operation in Gaza, which it began in response to repeated rocket attacks into southern Israel. Since then, Egypt has been trying to broker an agreement between the two sides.

On Friday, a spokesman for Hamas told CNN that Israeli and Hamas negotiators have "almost reached agreement" on a long-term truce.

Tahir Annono, who is in Cairo for the truce meetings, said there would be meetings Friday and Saturday, and on Sunday an announcement would be made.

Hamas' deputy leader, Moussa Abu Marzouk, said that the truce would last for 18 months and all commercial border crossings between Gaza and Israel would be opened.

The security of Israelis who have been targets of the rocket attacks from Gaza and the release of Israeli soldier Gilad Shalit are priorities as Israel considers the next steps in its conflict with Hamas, Olmert said Saturday through his media adviser.

Shalit was 19 when he was captured on June 25, 2006, by Palestinian militants in Gaza. They tunneled into Israel and attacked an Israeli army outpost near the Gaza-Israel-Egypt border, killing two other soldiers in the assault. Israel immediately launched a military incursion into Gaza to rescue him, but failed.

"We should like to emphasize that the security of residents of the south and the release of Gilad Shalit are currently at the top (of) Israel's priorities," the statement said.