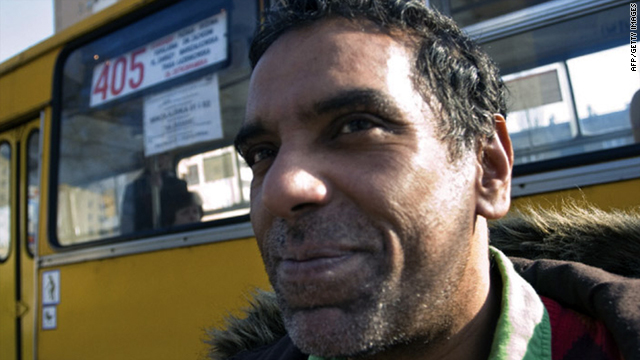 "I ... am appalled and disappointed that our persistent requests for clemency have not been granted," Prime Minister Gordon Brown said. "I am particularly concerned that no mental health assessment was undertaken."

Akmal Shaikh was convicted of carrying up to 4 kilograms (8.8 pounds) of heroin at the Urumqi Airport in September 2007. According to Chinese law, 50 grams (1.76 ounces) is the threshold for the death penalty.

China defended the execution in a statement issued by the Chinese Embassy in London.

"Drug trafficking is a grave crime worldwide," the statement said. "The concerns of the British side have been duly noted and taken into consideration by the Chinese judicial authorities in the legal process, and Mr. Shaikh's rights and interests under Chinese law are properly respected and guaranteed."

The 53-year-old is the first European executed in China in 50 years, according to the British legal group Reprieve.

"We are deeply saddened, stunned and disappointed at the news of the execution of our beloved cousin, Akmal," Soohail and Nasir Shaikh said in a statement issued on behalf of the family. "This was carried out this morning despite repeated requests for clemency and a proper appraisal of Akmal's mental state."

His family and the British government had asked Chinese leaders for clemency. His supporters argued that Shaikh was mentally ill, and that Chinese officials did not take his mental condition into account when trying him. Shaikh's advocates say he suffered from a bipolar disorder and that he was tricked into carrying heroin into China with promises of a career as a pop singer.

"The UK is completely opposed to the use of the death penalty in all circumstances," Miliband said. "However, I also deeply regret the fact that our specific concerns about the individual in this case were not taken into consideration. ... These included mental health issues, and inadequate professional interpretation during the trial."

"The death of Akmal Shaikh is a sad indictment of today's world, and particularly of China's legal system," she said. "Akmal was a gentle man who suffered from a tormenting illness ... and was betrayed and deliberately killed by one of the most powerful nations on Earth."

Before the execution, Philip Alston, the U.N. special rapporteur on extrajudicial executions, said it would be a "major step backwards for China" to execute a mentally ill man.

"Both Chinese and international law clearly indicate that a person who committed a crime while suffering from significant mental illness should not be subjected to the death penalty," Alston said in a statement released by Reprieve.

China expressed hope that the case would not affect the relationship between the two nations.

"We value the China-British relationship," said Jiang Yu, a Chinese Foreign Ministry spokeswoman. "So we hope the British authority can treat this matter rationally and not let it create new barrier between the two countries. I have emphasized that this is an independent criminal case. It has nothing to do with anything else."