Obama's Afghan plan: Will it work? 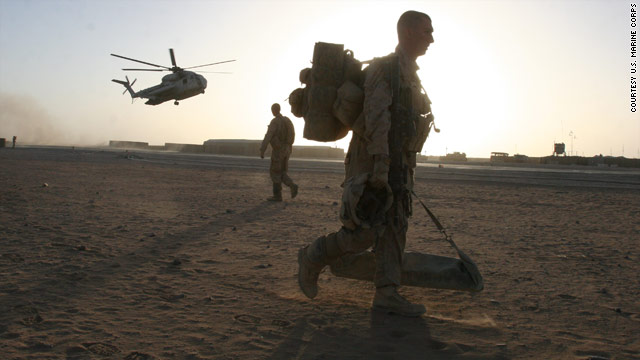 (CNN) -- Even before President Obama formally announced his plan for Afghanistan, the debate over whether it was the correct strategy was well under way.

Obama on Tuesday night said he is sending about 30,000 more U.S. troops to Afghanistan with a goal of concluding the war and withdrawing most U.S. service members within three years.

About 68,000 U.S. troops are currently in Afghanistan, along with about 45,000 troops from the NATO Alliance.

Foreign policy experts and observers of the war debated the likelihood of its success in the run-up to the speech and after its delivery at the U.S. Military Academy in West Point, New York.

Whether the increase in troops will stabilize the situation or simply make it worse is an open question, CNN's foreign policy analyst Fareed Zakaria said recently.

"The crucial question of whether or not more troops is going to bring some kind of magical stability to these areas -- or whether that will produce a certain kind of exacerbation of the conflict when you bring troops into [tribal and mountainous] areas where people don't want outsiders, I think, remains somewhat unclear," he said.

Matthew Hoh, a former Marine captain and U.S. State Department official who resigned his post in Afghanistan in October in protest of the administration's policy there, said the plan amounted to applying "a counter-insurgency solution to what is really a civil war."

"What we need to find is a political solution ... to resolve this conflict that's been going on in Afghanistan for over 30 years," he said. "More military forces, particularly foreign military forces, will only increase the conflict."

Others, however, say that although a political solution is likely the most viable prospect for a long-term peace, it isn't possible without enough security in the near-term for the various Afghan factions to bridge their differences.

"Once we have security, the Afghan people will be able to work out political compromises," said Thomas Cotton, a captain in U.S. Army Reserves who returned from Afghanistan in July.

Video: 'Break the enemy's will'

"If the timeline is 18 months to see significant improvement so that you can start drawing down, that seems to be very rapid and perhaps overly ambitious at this particular stage," said CNN's senior international correspondent Nic Robertson. "Education takes time to trickle through. Building of security forces takes time. Police, in particular, are very weak.

"Getting rid of the corruption within the government is no overnight fix either."

Pete Hegseth -- the chairman of Vets for Freedom, a non-profit organization started by veterans dedicated to creating support for the wars in Iraq and Afghanistan, according to its Web site -- said in a recent interview that U.S. ambitions didn't necessarily require a decades-long commitment.

"In Afghanistan, we're not talking about nation building, we're talking about capacity building," he said. "We have to plug the hole, fill the gap until we can train Afghan security forces to the point where they are capable of securing their own people in their own regions."

Obama's stated intention of starting to withdraw U.S. troops from Afghanistan by July 2011 is raising some questions as well. The president said he rejected the option of committing more forces for an undefined mission of nation-building without any deadlines.

Read why Obama's Afghan drawdown plan is being called risky

"I reject this course because it sets goals that are beyond what we can achieve at a reasonable cost, and what we need to achieve to secure our interests," he said. "Furthermore, the absence of a timeframe for transition would deny us any sense of urgency in working with the Afghan government.

"It must be clear that Afghans will have to take responsibility for their security, and that America has no interest in fighting an endless war in Afghanistan."

Announcing a timetable has its benefits and costs, observers said. It could help counter the perception that U.S. forces are occupiers, which has served as an effective recruiting tool. However, there is also the prospect that insurgents and militants will simply wait out the American and coalition forces.

"If we stay too long, we're imperial occupiers," said George Packer, an author and writer for the New Yorker magazine who covers international affairs. "If we threaten to pull out, we seem like we're headed for the exits, then we're an unreliable partner."

Paul O'Brien of Oxfam America, an aid and development organization, told CNN's Christiane Amanpour that having a quick exit strategy might not be the best approach if Obama wants to gain trust with the Afghans.

"It's important to recognize that we've made a huge promise to Afghans," O'Brien said. He worked in Afghanistan for five years before joining Oxfam, according to the organization's Web site.

"They are trying to make their mind up around whether to invest in the future that the international community wants for them or to go with the Taliban, who are threatening them."

One of the thorniest questions revolves around how the U.S. military and the Obama administration define success.

"How do we know when we stabilized Afghanistan?" asked Simon Schama, a historian at Columbia University. "What is the kind of gold standard for peace, democracy -- whatever it is that we're seeking? That's the more important thing than the numbers game."

Andrew Wilder of Tufts University, who has studied aid in Afghanistan, told CNN's Christiane Amanpour that U.S. security forces could "create the space for development to happen" but the nation's future lay with its people.

"The real answer to the Afghan problem has to be the Afghans themselves," he said. "But we can put them in the driver's seat if we do our stuff right."