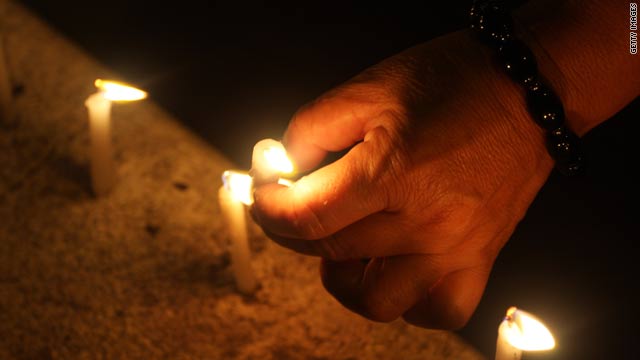 (CNN) -- The Philippines this year has been the world's most dangerous country for journalists, an official of the advocacy group the Committee to Protect Journalists told CNN's "Amanpour" program Wednesday.

The killing of at least 18 reporters in a massacre that claimed the lives of almost 60 people this week means the Philippines is now even more hazardous than Iraq for journalists, said Bob Dietz, CPJ Asia Program coordinator

The massacre in the Philippines is the single worst mass killing of journalists in history, according to the CPJ.

The reporters were part of a group of more than 50 unarmed civilians traveling to register a candidate in an upcoming gubernatorial election in the southern province of Maguindanao.

Authorities in the Philippines have now declared a state of emergency in the south of the country and disbanded a government-backed militia suspected of having a role in Monday's massacre. The militia is linked to a powerful clan leader who has ties with President Gloria Macapagal-Arroyo.

President Arroyo's spokesman said Wednesday that Arroyo expects arrests "in the next 24 hours." The spokesman said the president is "enraged by these barbaric acts" and has thrown the full force of the law behind the investigation.

A leading journalist in the Philippines, Maria Ressa, told CNN's Christiane Amanpour that the massacre was a very brazen act that has shocked the country. But violence against journalists is nothing new.

Video: Massacre in the Philippines

"So far, in the last eight years, out of 74 journalists who have been killed, only four cases have found resolution," she added.

"Journalists are starting to come together to try to push for justice in this situation, but so far justice is very slow. They are doing their best to do their jobs, to hold both the public and the private sector accountable in as safe a manner as possible."

Ressa, a former CNN Jakarta Bureau Chief and now managing editor of ABS-CBN in Manila, said attacks on reporters come from many directions, even the government.

"You've got journalists caught in local conflicts. This one is political, election-related violence. You've got clan wars. You've also got the conflict between the insurgents," she said.

But she noted that the rebels in the Mindanao area of the Philippines often change sides and there is also widespread corruption in the police force.

"You have the police, the Philippine National Police, who by day are with the government, but at night they'll take off their hats and then they'll join the private armies of some of these warlords. And that's the difficulty," Ressa said.

She added that there is a culture of impunity in the Philippines, and journalists there have to develop a "sixth sense" to operate in areas where law and order is weak, so they can tell where the danger is coming from even as they continue trying to tell the story of the people who live in those areas.

Her sentiments were echoed by another journalist who works in an extremely violent country, Somalia. Mustafa Haji Abdinur, who is one of the few independent journalists still in Somalia. He said there is a culture of fear. But he added it is a reporter's job to see what's happening and to get the news.

Abdinur, who this week received a top award from the Committee to Protect Journalists, said six journalists have been killed in Somalia this year, including a friend who was gunned down only a few yards from where he was working.

When Amanpour asked Abdinur if he was afraid to go back to Somalia after the CPJ awards ceremony Tuesday night, he said, "There's constant fear. But what I'm going back with is courage."