(CNN) -- Japanese police and U.S. Air Force helicopters were searching Friday for an American university professor who disappeared on a tiny volcanic island in Japan. 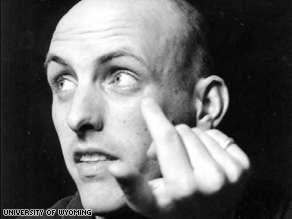 Craig Arnold, a 41-year-old assistant professor at the University of Wyoming, did not return from his Monday hike to a volcano on Kuchinoerabujima, a small island in southern Japan, the school said.

Kazuko Watanabe, the owner of the inn where Arnold checked in Monday, said that Arnold had a cup of tea before he left for the hike but did not seem to take food or water with him.

Local police said 40 people on the island of only 160 residents were searching for Arnold on Friday. Four U.S. Air Force helicopters from Kadena Air Base on Okinawa were also diverted to aid in the search, the U.S. Embassy in Tokyo said.

A police spokesman said search efforts normally end after three days, but the search for Arnold continued after a friend of the professor claimed the educator's Facebook account was accessed for about a minute on Thursday.

He had planned to spend a day alone at the volcano, and the innkeeper contacted authorities when he didn't return that evening, according to Parolin.

CNN's Jason Hanna and Yoko Wakatsuki contributed to this report.