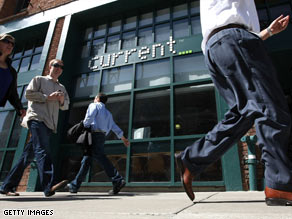 The journalists are reporters for the San Francisco, California-based media outlet Current TV.

"The illegal entry of U.S. reporters into the DPRK [Democratic People's Republic of Korea] and their suspected hostile acts have been confirmed by evidence and their statements, according to the results of [an] intermediary investigation" conducted by North Korean officials, KCNA reported Monday.

Preparations are being made to try the journalists "on the basis of the already-confirmed suspicions," the report said.

The news agency added that the journalists are allowed consular contact and their treatment is governed by relevant international laws while the investigation is under way.

The State Department said earlier Monday that a Swedish diplomat met with the two journalists over the weekend.

Acting on behalf of the United States, the Swedish representative met with each American once, said department spokesman Gordon Duguid. He would give no details of the meeting or of the journalists' health or condition.

Laura Ling and Euna Lee were taken into custody March 17 along the China-North Korea border. They are reporters for the San Francisco, California-based media outlet Current TV. Earlier, the State Department said it had received information that the journalists were being treated well.