$1 billion in marijuana seized in California

(CNN) -- Authorities have seized $1 billion worth of marijuana plants and have arrested 82 Mexican nationals with ties to drug cartels in the first week and half of an effort to eradicate marijuana fields from California's Fresno County, the county sheriff's office said Wednesday. 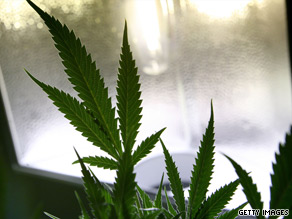 The 82 suspects arrested so far have links to Mexican drug cartels.

"This is a high-intensity drug trafficking area," U.S. Drug Czar Gil Kerlikowske said in a phone interview. "I think what should be highlighted here is the local authorities' work to reclaim the land from the drug traffickers."

The 82 suspects arrested so far have links to Mexican drug cartels, local authorities said, though they did not release further details.

Eastern Fresno County, where the seizures have been made, is mountainous and sparsely populated. Growers exploit the area's streams, rivers and lakes to create elaborate drip lines for their plants. A mature plant can be worth $4,000, said Fresno County Sheriff Margaret Mims.

"Fresno County is roughly the size of Connecticut, and the drug traffickers target these areas because they know there is not that significant of a law-enforcement presence," Mims said. "The chances of getting caught are slim."

"The bottom line is our public lands are being destroyed by foreign drug trafficking and heavily armed Mexican cartels," George Anderson of the U.S. Department of Justice said Wednesday at a news conference highlighting the seizures.

"What makes this operation unique is the approach: prevention, enforcement, eradication and reclamation," she said.

Intelligence gathered for the operation began in February, with community presentations about prevention. The effort is now focused on shutting down the at least 70 marijuana farms identified by local authorities.

The operation is expected to continue into November, when colder weather makes marijuana growing more difficult.

At least 330,000 marijuana plants have been seized, Mims said.

"This shows what can be accomplished at the local level when agencies work together," Kerlikowske said.

Kerlikowske, who flew to Fresno County on Wednesday and toured a marijuana farm, said his office is one of the primary sponsors of the operation.