(CNN) -- Canada's public radio is asking listeners to pick 49 songs that will "best define" the country to the incoming president of its southern neighbor. 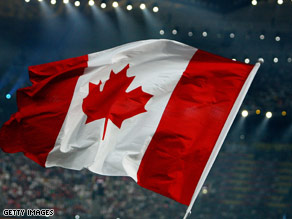 Canadians are voting on the 49 songs that best define their nation, for President-elect Barack Obama's benefit.

Online voting for "49 Songs from North of the 49th Parallel" ends Friday, and CBC Radio 2 will unveil and play the picks on the day of Barack Obama's presidential inauguration Tuesday.

"One of the best ways to know Canada is through the depth and breath of our artistic expression," Denise Donion, CBC's executive director, said on the station's web site.

Obama's taste in music runs the gamut from old-school R&B to blues and classical.

"His playlist could definitely benefit from some Canadian content," the station said.

Listeners can pick from 100 songs.

You can check out the entire list at http://www.cbc.ca/radio2/obamasplaylist/

All About Canada • Barack Obama