Commentary: Were Darfur promises for real?

By Dave Eggers and John Prendergast
Special to CNN

Editor's note: Dave Eggers is the author of "What is the What," a novel about the Sudanese civil war. John Prendergast is the co-founder of the Enough Project, which seeks to prevent genocide and crimes against humanity, and is co-author with Don Cheadle of "Not on Our Watch." 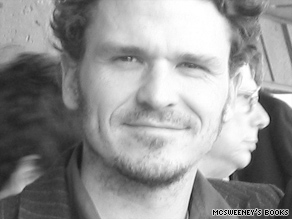 Dave Eggers says we've seen the birth of a broad-based movement against genocide.

(CNN) -- We have been part of an extraordinary social phenomenon over the past four years surrounding Darfur: the development of a genuine anti-genocide people's movement. It's succeeded in cultivating a number of true champions in the political sphere, led by three former senators: Hillary Clinton, Joe Biden and Barack Obama.

Now that Obama, Biden and Clinton are in office, and another fierce anti-genocide advocate, Susan Rice, is in as ambassador to the United Nations, we felt there finally would be a consequence for the perpetrators of the genocide, the regime officials in Khartoum, Sudan.

But rather than the kind of tough actions the these top officials had all advocated in their previous jobs and on the campaign trail, President Obama's Sudan envoy instead began to articulate a friendly, incentives-first message that even Sudan's president, an indicted war criminal, publicly welcomed. Our chins hit the floor in disbelief, because our chins had nowhere else to go.

The administration is preparing to announce the results of its Sudan policy review soon, but the policy direction has already been set, and it is of urgent concern. There is no clear decision for the U.S. to take the lead in revitalizing a peace process for Darfur, or to create real costs for non-implementation of the existing North-South peace deal.

But this isn't just a debate about policy towards one country. President Obama, like President Bush before him, has called Darfur an ongoing genocide. So the policy that will be unveiled soon on Sudan will have global ramifications, because it will be the president's first chance to articulate his policy on responding to genocide.

The rhetoric and promises on genocide of the president and his colleagues over the past few years were exactly right. The ruling National Congress Party in Khartoum has been responsible directly or indirectly for the deaths of more than 2.5 million Sudanese civilians in Darfur and the southern part of the nation.

Although violence has diminished in Darfur, a reading of the relevant international conventions indicates that the genocide is not over for those millions of Darfurians still homeless from earlier attacks, unable to go home, and facing targeted rapes and aid cut-offs based on their ethnic identity.

In Iran and North Korea, the U.S. is trying to persuade regimes not to build nuclear weapons that could annihilate our allies. In Sudan, the effort is to persuade the ruling party not to annihilate its own people on the basis of their identity.

Twenty years of empirical evidence demonstrates that sustained pressure and the credible threat of meaningful sticks have led the Sudanese government to make compromises and change its behavior.

For example, a diverse set of meaningful pressures combined with deeper engagement led directly to the North-South peace deal, the end of government-sponsored slave raiding in the south of the African nation, and the diminishment of the role of the regime in supporting international terrorist organizations.

The current peace initiative for Darfur is the process equivalent of the bridge to nowhere, as it meanders through endless consultations without resulting in a serious proposal. The U.S. shouldn't be shy in pointing out this naked emperor, and it ought to focus on creating the elements necessary for a solution.

Further, the North-South deal is at risk because the ruling party is obstructing implementation and supporting militias in the South that sow tribal divisions, just like the Janjaweed militia they supported in Darfur.

The Obama administration's approach is to negotiate terms of implementation rather than impose consequences for nonimplementation or fomenting violence, demonstrating to the ruling party once again that crime pays.

The U.S. should build an international coalition to lay out a clear choice for the ruling party in Khartoum, its militia allies, the rebels in Darfur and the authorities in southern Sudan.

Behind door one -- for those who support peace, protect civilian populations, participate in elections and allow humanitarian aid -- enhanced relations, trade and aid will result.

Behind door two -- for those who undermine peace, attack civilians, subvert elections and obstruct humanitarian aid -- the consequences should include hard target searches to freeze personal assets, international travel bans and other forms of diplomatic isolation, arms embargo enforcement and referral to the International Criminal Court.

This is the Obama administration's opportunity to set a precedent for dealing with genocide and crimes against humanity. The implications for millions of Sudanese lives and for future genocides are enormous.

The opinions expressed in this commentary are solely those of Dave Eggers and John Prendergast.