By John Prendergast
Special to CNN

Editor's note: John Prendergast co-founded Enough, a project to end genocide and crimes against humanity, at the Center for American Progress, a think tank that says it is dedicated to "progressive" policy. Prendergast was director of African affairs at the National Security Council and special adviser at the State Department during the second Clinton term. He is co-author with actor Don Cheadle of the bestseller, "Not on Our Watch." 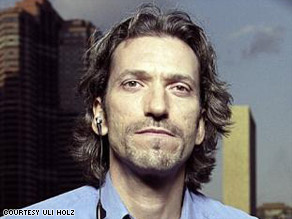 (CNN) -- In addition to Iraq and Afghanistan, President Obama has inherited another military challenge started by his predecessor. This off-the-radar drama is unfolding under the forest canopy of the Democratic Republic of the Congo.

Its consequences could end up becoming deadlier than the two better-known cases, unless the Obama administration demonstrates the leadership of which it is capable.

With U.S. planning and logistical support, central African governments have recently joined forces to hit two very large hornet's nests. These military offensives have not achieved their purported objectives, but they have already had severe impacts on the civilians caught in the crossfire.

The two hornet's nests are two central African militias that most Americans have never heard of: the Lord's Resistance Army, or LRA, and the Democratic Forces for the Liberation of Rwanda, known as the FDLR.

For over 15 years, these militias have committed some of the world's worst human rights abuses with near total impunity for their actions. The LRA is a Ugandan militia specializing in the abduction of children to be used as soldiers and sex slaves. The FDLR, whose leadership contains some of those responsible for Rwanda's genocide in 1994, uses mass rape as its war tactic of choice.

Political deals among central African governments, which the U.S. helped broker, led to the joint U.S.-supported military operations against both of these groups, which are now coming to an end despite having perhaps only made matters worse. In the case of the LRA, regional governments cooperated in planning an attack on the LRA's headquarters in a Congolese game park late in 2008. However, advance warning and poor execution gave the LRA leadership time to escape.

The LRA has since proceeded to carry out a trademark killing and abduction spree. In the absence of any plan to protect civilians, and now that the military operations are ending, the LRA has brutally murdered nearly 1,000 people since December and driven perhaps 200,000 people from their homes in both Congo and southern Sudan.

In the FDLR's case, the Rwandan and Congolese governments struck a deal in January that allowed Rwanda's forces to enter Congo and undertake operations with Congolese soldiers against the FDLR.

Again, no provisions were made for the protection of civilians, despite the FDLR's long and brutal track record of attacking defenseless communities when provoked. The United Nations peacekeeping force in Congo was not involved in the operation.

Now that Rwandan forces have withdrawn, the FDLR is systematically raping women and girls. About 160,000 people have been displaced so far by the FDLR's reprisals, but that is the tip of the iceberg.

Although it is encouraging that regional governments have taken responsibility to challenge these insidious forces, the strategies employed to date have made the human rights and humanitarian crises even worse.

Military force should be only one component of more comprehensive strategies to deal with the militias. First, strong U.S. diplomatic engagement is essential in shaping a larger peace strategy for central Africa. Naming a special envoy for the Great Lakes region of Africa, to deal multilaterally with these overlapping issues, would be a step forward.

Second, the U.S. must help finish the job it started and support the apprehension of the leadership of the LRA and FDLR. A Congolese bishop pleaded that the world should not leave, now that a wounded lion has been unleashed. He is right. If the U.S. washes its hands of these efforts now, the threats to civilians will be higher than before.

Many more things have to occur, such as building the capacity of the Congolese state, undertaking army reform, pressuring international supporters of the FDLR and LRA, supporting International Criminal Court efforts to introduce accountability, and dealing with the "conflict minerals" that fuel violence in Congo and power our cell phones and laptops.

Certainly, the LRA and FDLR are incorrigible militias responsible for some of the worst human rights atrocities of the last half century, and the responsible use of international military force is a required part of their neutralization. But a comprehensive peace strategy is needed for central Africa, of which military tools are only one component. The new Obama administration has a real opportunity to help end the reign of terror of two of the biggest human rights offenders of our time.

The opinions expressed in this commentary are solely those of John Prendergast.

All About Democratic Republic of the Congo • Uganda • Rwanda • United Nations