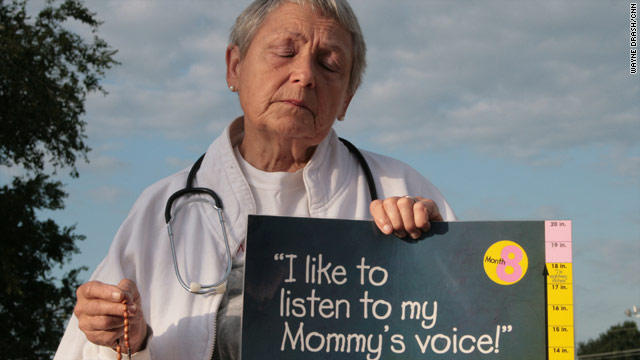 (CNN) -- A judge in Oklahoma extended on Friday a temporary restraining order on a law that would post information online about women who get abortions in the state.

In extending the restraining order, Oklahoma County District Judge Daniel Owens denied the state's motion to dismiss the case, putting the measure on hold until a February 19 hearing.

"We are very pleased with today's ruling. This law is a profound intrusion on women's privacy and a waste of taxpayers' money," attorney Jennifer Mondino of the Center for Reproductive Rights said in a written statement. The New York-based center had filed a suit on behalf of former state Rep. Wanda Jo Stapleton and another Oklahoma resident.

"Women in Oklahoma should not have to jump through hoops to access legal medical care and the government has no business violating the state constitution to impose those obstacles," Mondino said.

The law, passed in May, requires doctors to fill out a 10-page questionnaire for every abortion performed, including asking the woman about her age, marital status, race and years of education. In all, there are 37 questions the women are to answer.

Critics say the act would be harassment and an invasion of privacy.

State Sen. Todd Lamb helped draft the abortion legislation and describes it as "a common sense measure with bipartisan support." He said the left has tried to skew the law's intent through a campaign of misinformation.

"We're not trying to embarrass anybody, hurt anybody or make anybody's identities known. That's not the purpose of the legislation," the Republican lawmaker said.

"We want to collect hard data that can be a useful tool in helping prevent future unwanted pregnancies."

"Nosy neighbors with some effort could identify or, even worse, misidentify these women who answer these questions," said Stapleton.

Lamb, who is running for lieutenant governor, rejects that notion. How can it violate women's privacy, Lamb said, if their identity is kept confidential?

The measure specifies women's identities will be protected. "Nothing in the Individual Abortion Form shall contain the name, address or information specifically identifying any patient," it says.

Nosy neighbors with some effort could identify or, even worse, misidentify these women.
--Wanda Jo Stapleton
RELATED TOPICS

"Nobody's identity will be made known," Lamb said.

Troy Newman, the head of the Kansas-based anti-abortion group Operation Rescue, said the law is "designed so that the pregnant mother can have as much information as technology and medicine will allow."

"Naturally, the abortion industry wants to block this, because they know the more information the mom has, the less likely she is to abort her baby," Newman said.

The Center for Reproductive Rights argues that the measure is unconstitutional and in violation of the state's "single subject rule" because it covers different aspects of abortion. The law also bars women from seeking abortions solely because of the sex of the fetus, with fines up to $100,000 for doctors who "knowingly violate" it.

"We are very committed from keeping the law from going into effect," Mondino said. "The law represents a very serious invasion of women's privacy interests."

Lamb said he believes the law will stand. "None of the bill is being challenged on the merits of the legislation," he says.

Abortion rights supporters are extremely concerned about the intrusiveness of the questions, and fear that identities of women could be compromised, especially in small communities.

"It requires doctors to ask and submit answers to at least 37 intensely personal questions. There are details in those questions about rape, incest, abuse, relationship problems and emotional health," Stapleton said. "I think women can be identified."

According to state estimates, the Oklahoma State Department of Health will spend roughly $250,000 a year to carry out the law.

"To spend a quarter of a million dollars on this is absolutely ridiculous," Stapleton said, adding, "Oh goodness, all the publicity over this has severely blighted the image of Oklahoma."

The Centers for Disease Control and Prevention in 1969 drafted criteria for vital statistics around abortion to look at infant and maternal mortality in an effort to make the procedure safer.

The CDC's guidelines have long been considered the standard and "all the states pretty much follow that," said Elizabeth Nash, who tracks state abortion legislation for the Guttmacher Institute.

The law's co-sponsor, Lamb, said legislators drafted the measure using portions of a Guttmacher study. "Some of this was gleaned from the Guttmacher Institute," he said. "It's not Draconian."

Why draft the legislation?

"I'm pro-life," he said. "Oklahoma is a conservative state. We are a pro-life state, and I believe it's important public policy to stand on the side of sanctity of life."

Stapleton, who served in the state House of Representatives from 1986 to 1996, said the law is another example of the GOP "onslaught" in recent years in Oklahoma, with lawmakers taking aim at abortion.

"They're trying to do away with abortions completely," she said. "They can't because of Roe v. Wade. But they're finding ways around Roe v Wade."

If the law does go forward, the state Department of Health is to have the Web site up and running by March 1, 2011. Doctors are to begin submitting completed questionnaires 30 days later.