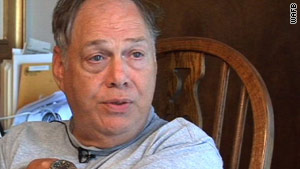 (CNN) -- A Louisiana justice of the peace who drew criticism for refusing to marry an interracial couple has resigned, the secretary of state's office said Tuesday.

Keith Bardwell resigned in person at the Louisiana secretary of state's office, said spokesman Jacques Berry. The state Supreme Court will appoint an interim justice of the peace to fill Bardwell's position, Berry said, and a special election will be held next year to fill the position permanently.

Bardwell, a justice of the peace for Tangipahoa Parish's 8th Ward, refused to perform a marriage ceremony for Beth Humphrey, 30, and her boyfriend Terence McKay, 32, both of Hammond, Louisiana, and sign their marriage license. The two were married by another justice of the peace.

The couple filed a federal discrimination lawsuit against Bardwell and his wife, Beth Bardwell, on October 20, claiming the two violated the Equal Protection Clause of the 14th Amendment.

Bardwell, speaking to CNN affiliate WBRZ, said he was advised "that I needed to step down because they was going to take me to court, and I was going to lose."

"I would probably do the same thing again," he said. "I found out I can't be a justice of the peace and have a conscience."

Sen. Mary L. Landrieu, D-Louisiana, who had called for Bardwell's dismissal, said Tuesday night that "Bardwell has finally consented to the will of the vast majority of Louisiana citizens and nearly every governmental official in Louisiana. Bardwell's refusal to issue marriage licenses to interracial couples was out of step with our Louisiana values and reflected terribly on our state. We are better off without him in public service."

Initial reports were that Bardwell refused to issue a marriage license to the couple, but in the lawsuit Humphrey and McKay say they obtained the license from the parish court clerk's office and contacted Bardwell to see if he would perform the ceremony and sign the license to legally validate the marriage.

Bardwell did not return repeated phone calls from CNN in October, but told CNN affiliate WAFB that he had no regrets about the decision. "It's kind of hard to apologize for something that you really and truly feel down in your heart you haven't done wrong," he said.

I found out I can't be a justice of the peace and have a conscience.
--Keith Bardwell

In addition, he told the Hammond Daily Star in an October story that he did not marry the couple because he was concerned for the children that might be born of the relationship and that, in his experience, most interracial marriages don't last.

"I'm not a racist," he said. "I do ceremonies for black couples right here in my house. My main concern is for the children."

Humphrey said in October that she wanted Bardwell to resign. "He doesn't believe he's being racist, but it is racist," she said.

According to the lawsuit, Bardwell estimated he refused to marry at least four other interracial couples in the past 2½ years.

"Defendant Beth Bardwell ... aided, abetted and conspired with defendant Keith Bardwell to deprive plaintiffs of their constitutionally protected civil rights," according to the suit.

No response to the suit has been filed, and it was unclear whether the Bardwells had retained an attorney. The lawsuit seeks unspecified damages, claiming that Humphrey and McKay suffered emotional distress as a result of the incident.

Louisiana Gov. Bobby Jindal has said he believed Bardwell should lose his license, and the National Urban League called for an investigation into the incident by the U.S. Justice Department's Civil Rights Division, saying in a statement that Bardwell's actions were "a huge step backward in social justice."

The U.S. Supreme Court tossed out any racially-based limitations on marriage in the landmark 1967 ruling in the case Loving v. Virginia. In the unanimous decision, the court said that under the Constitution, "the freedom to marry, or not marry, a person of another race resides with the individual and cannot be infringed by the State."