(CNN) -- A second runner missing since Monday was found alive near a ravine on a rugged mountain trail in Southern California hours after her running partner was found, an Orange County Sheriff's spokesman told CNN. 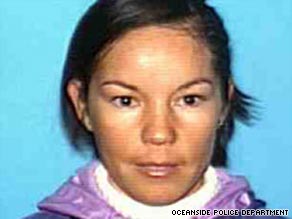 Authorities and fellow runners had been looking for Maria "Gina" Natera-Armenta, 34, and her brother-in-law, Fidel Diaz, 50, since Monday.

Diaz was found about 1 p.m. ET Wednesday, but the search for Natera-Armenta continued as police questioned him.

"She was lying in the shady area," Amormino said. "She did see the helicopter before, but didn't have enough energy to get up."

Natera-Armenta is in serious condition, and was severely dehydrated when she was found, Amormino said. She is currently in the intensive care unit at Mission Hospital in Mission Viejo, California.

The pair had set out at 5:30 a.m. Sunday. According to their spouses, they planned to do an eight- to 10-hour run on a remote mountain trail in the Cleveland National Forest near San Diego.

But it wasn't until Monday night that their spouses individually reported to police that the two were missing.

Natera-Armenta and Diaz are ultrarunners, devotees of an endurance sport in which it's common to trek and run for many hours over rugged terrain. Natera-Armenta is an experienced ultrarunner and was a top finisher at a 100-mile race in San Diego.

All About Running • California • Orange County