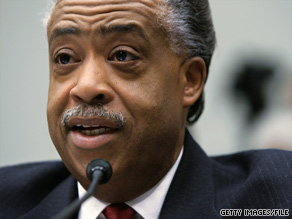 The Rev. Al Sharpton called the problems highlighted in the report "a human rights violation of children."

Staff at the institutions have consistently used "a high degree of force in nearly every type of situation," according to the report, released Monday by acting Assistant Attorney General Loretta King. The report resulted from an investigation launched by the U.S. Department of Justice's Civil Rights Division in December 2007.

The New York Civil Liberties Union estimates that about 240 youths ages 10 to 18 are cited in the investigation and have been subject to multiple instances of physical abuse and emotional trauma.

Gladys Carrion, commissioner of the state Office of Children and Family Services, which operates the facilities, said she welcomed the report.

When she was appointed to head the office in January 2007, she said, "I immediately initiated a complete overhaul of the system to make it safer and to improve outcomes for our children," she said in a news release. "This ongoing transformation of juvenile justice includes the implementation of numerous ... practices including shifting from a 'custody and control' model of juvenile justice to a trauma-informed therapeutic model, a new restraint policy, and the hiring of additional mental health workers."

Saying that more needs to be done, she noted the creation by Gov. David Paterson almost a year ago of the Task Force on Transforming New York's Juvenile Justice System "to investigate, among other things, the conditions of confinement for juveniles across the state."

The report says facility personnel regularly departed from acceptable disciplinary practices, and "anything from sneaking a cookie to initiating a fist fight may result in a full prone restraint with handcuffs." Ultimately, this has resulted in "an alarming number of serious injuries to youth, including concussions, broken or knocked-out teeth, and spiral fractures."

Spiral fractures occur when a bone -- usually in the arm or leg -- has been severely twisted.

Both the Department of Justice and the state civil liberties group said they see the report as describing clear violations of the youths' constitutional rights to be free from abuse by staff members while in the custody of the state and from excessive force and restraints.

At Lansing in 2007, there were 698 restraining incidents, an average of 58 restraints per month, the report says. "The danger of prone restraint is that if the individual's airway is constricted ... the struggle for air may be misconstrued by staff as resistance, resulting in increased force," it says.

In November 2006, a 15-year-old boy died at the Tryon boys center after being pinned face-down on the floor and handcuffed by two staff members.

"These children desperately need care, rehabilitation and a therapeutic environment, but what they're getting is a government-sponsored nightmare of Dickensian physical and mental abuse," state civil liberties union Executive Director Donna Lieberman declared Tuesday in a news conference outside New York City Hall.

The report also expressed major concerns about the facilities failing to administer proper mental health care for the residents and using inappropriate medication practices. In addition, the juvenile institutions have a significantly ineffective disciplinary and training system for staff members, the report says.

The Rev. Al Sharpton, president of the National Action Network, also spoke at Tuesday's news conference, calling the report "a stunning and shocking assessment of what is going on in the state of New York when it comes to these children. ... This is real, this is ugly, this is nasty. It is a human rights violation of children."

The advocacy groups called on Paterson and the state's Office of Children and Family Services, which runs more than 30 residential facilities and other centers for juveniles in New York, to embrace the report, work with the Department of Justice and enact the 22 recommendations suggested in the report.

All About U.S. Department of Justice • Juvenile Justice • Al Sharpton