(CNN) -- The commissioner of the Cambridge, Massachusetts, police department said Thursday he "deeply regrets" the arrest of prominent black Harvard University professor Henry Louis Gates Jr., but stands by the procedures followed by his department. 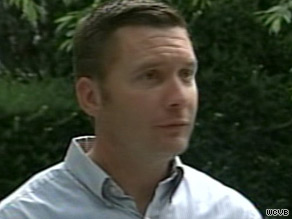 Sgt. Jim Crowley said he has nothing to apologize for in regards to the arrest of Henry Louis Gates Jr.

"I believe that Sgt. [James] Crowley acted in a way that is consistent with his training at the department, and consistent with national standards of law enforcement protocol," Commissioner Robert Haas said, referring to the officer who made the July 16 arrest at the professor's home.

"I do not believe his actions in any way were racially motivated," Haas said at a news conference.

Gates was arrested for disorderly conduct after an exchange with the officer, who was investigating a report of a possible break-in at the house.

The police department will create a panel of "independent, notable professionals" to provide an analysis of the incident, he said.

The controversial arrest of Gates was criticized Wednesday by President Obama, who said the Cambridge police department "acted stupidly."

"My response is that this department is deeply pained and takes its professional pride very seriously," Haas said.

Cambridge authorities dropped the charges against Gates on Tuesday.

In a statement, the International Association of Chiefs of Police expressed disappointment in Obama's remarks.

"Police chiefs understand that it is critically important to have all the facts on any police matter before drawing conclusions or making any public statement," said Russell B. Laine, association president and chief of the Algonquin, Illinois, police department, in the statement. "For these reasons, the IACP was disappointed in the president's characterization of the Cambridge Police Department."

Haas' comments followed a statement earlier Thursday from Crowley, who said he would not apologize for his actions.

"That apology will never come from me as Jim Crowley. It won't come from me as sergeant in the Cambridge Police Department," Crowley told Boston radio station WEEI. "Whatever anybody else chooses to do in the name of the city of Cambridge or the Cambridge Police Department, which are beyond my control, I don't worry about that. I know what I did was right. I have nothing to apologize for."

The mayor of Cambridge said she will meet with the city's police chief to make sure the scenario that led to Gates' arrest does not happen again.

"This suggests that something happened that should not have happened," E. Denise Simmons, Cambridge's mayor said on CNN's "American Morning." "The situation is certainly unfortunate. This can't happen again in Cambridge."

Obama defended Gates Wednesday night, while acknowledging that he may be "a little biased," because Gates is a friend.

"But I think it's fair to say, No. 1, any of us would be pretty angry; No. 2, that the Cambridge police acted stupidly in arresting somebody when there was already proof that they were in their own home; and, No. 3 ... that there's a long history in this country of African-Americans and Latinos being stopped by law enforcement disproportionately."

The incident, Obama said, shows "how race remains a factor in this society."

Crowley also said he is exercising caution and his previous actions clearly show he is not a racist.

Last year was his fifth year as a co-instructor of the course, Friedl said.

"He seems to be a highly regarded £instructor at the academy. He consistently received high praise from students," she said.

Gates told CNN Wednesday that although charges had been dropped, he will keep the issue alive.

"This is not about me; this is about the vulnerability of black men in America," Gates told CNN's Soledad O'Brien.

Gates said the Cambridge mayor had called him to apologize about the incident. Simmons, Cambridge's first black female mayor, confirmed to CNN that she apologized to Gates.

Gates said he'd be prepared to forgive the arresting officer "if he told the truth" about what the director of Harvard's W.E.B. Du Bois Institute for African and African American Research said were "fabrications" in the police report. iReport.com: Join the conversation on racial profiling

Crowley wrote in the Cambridge police report that Gates refused to step outside to speak with him, and when Crowley told Gates that he was investigating a possible break-in, Gates opened the front door and exclaimed, "Why, because I'm a black man in America?"

"While I was led to believe that Gates was lawfully in the residence, I was quite surprised and confused with the behavior he exhibited toward me," Crowley said, according to the report.

Gates was arrested for "loud and tumultuous behavior in a public space" and was released from police custody after spending four hours at the police station.

He said Wednesday that he and his lawyers were considering further actions, not excluding a lawsuit.

Gates said that although the ordeal had upset him, "I would do the same thing exactly again."