(CNN) -- Brazil's highest court said Wednesday it does not have jurisdiction over who should have custody of a U.S.-born 9-year-old boy -- his Brazilian stepfather or his father in the United States. 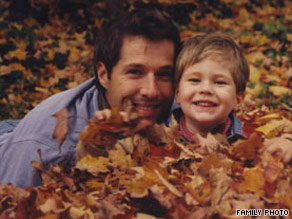 David Goldman is seeking custody of his son, Sean, who is living with relatives of his deceased mother in Brazil.

The high court's ruling sends the ongoing case back to an appeals court in Rio de Janeiro.

In the unanimous vote, Brazil's Supreme Federal Court said it could not rule over The Hague Convention on the Civil Aspects of International Child Abduction, of which Brazil is a signatory. Brazil is undergoing constitutional reforms and has recently voted on a law that would make all international human rights conventions part of its constitution.

Last week, Judge Marco Aurelio, who sits on the Supreme Federal Court, suspended a lower court ruling that custody of Sean Richard Goldman be turned over to the U.S. consulate, which was to have then handed him over to the boy's father, David Goldman, who is a U.S. citizen.

Aurelio's decision was based on a conservative party's petition that said the boy's removal from Brazil would cause him psychological harm.

But the father responded that his son was suffering psychological harm simply by remaining with his Brazilian relatives, whom Goldman -- a part-time model who captains boats -- accused of turning Sean against him.

The case now goes to the Federal Appeals Court in Rio de Janeiro and does not mean the boy will return to his father without further rulings.

Goldman said that he and his lawyers would have to study the high court decision, but he expressed optimism about what he had learned.

The incident began in June 2004, when Goldman's then-wife, Bruna Bianchi Carneiro Ribeiro, took Sean from the family's New Jersey home for what was to have been a two-week vacation in her native Brazil.

But instead of returning, she divorced Goldman, married a Brazilian lawyer, and remained in Brazil with the boy. She died there last September giving birth to a daughter.

In Rio, Sean attends a private school and lives in a sprawling home with his half-sister and his stepfather.

In March, a spokesman for the boy's Brazilian relatives said he did not dispute the father's biological rights, but said other matters needed to be weighed.

"The fact of the matter is that, in order to be a parent, you have to be more than a DNA donor," said Helvecio Ribeiro. "Fatherhood is not about making home movies and taking pictures. It's about sacrifice; it's about providing support for your child; it's about being there even when you are not there."

He said Goldman had failed to do that and accused him of having "paid not a dime of child support" and made allegations "all over the place about us not allowing him to visit the child that are completely untrue."

The case has attracted attention from politicians. U.S. Secretary of State Hillary Clinton has discussed the matter with Brazil's foreign minister.

According to the U.S. State Department, some 66 American-born children have been taken by a parent to Brazil, in violation of international treaties.