RIO DE JANEIRO, Brazil (CNN) -- A Brazilian supreme court judge on Tuesday suspended a lower court's order that would have given custody of a 9-year-old boy to the U.S. Consulate in Rio de Janeiro, where he was to be reunited with his American father. 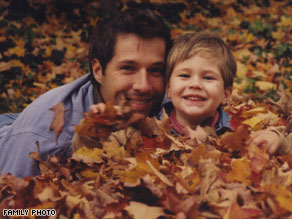 Judge Marco Aurelio argued against taking Sean Richard Goldman from what has been his home for almost five years to the United States "in an abrupt manner."

Doing so, he wrote in his order published on the court's Web site, could subject the boy to psychological harm.

The decision, which means the entire Brazilian supreme court will take up the case, comes a day after a superior court justice ordered Sean taken Wednesday to the U.S. Consulate in Rio and handed over to his father, David Goldman, who arrived Tuesday from New Jersey to pick up his son.

The two were separated in June 2004 when the boy's Brazilian mother, Bruna Bianchi Carneiro Ribeiro, told Goldman -- to whom she was then married -- that she was taking the boy on a two-week vacation to Brazil.

Mother and son never returned. Instead, Bianchi stayed in Brazil, where she divorced Goldman and married a Brazilian lawyer.

But in September, Bianchi's death during childbirth led Goldman to renew his efforts to regain custody of their son.

Sean, who has been living with his half-sister and his stepfather, was to have spent a 30-day adaptation period in the United States before his father gained full custody.

That prospect sparked outrage from an attorney representing the boy's Brazilian relatives. "The child wasn't heard," lawyer Sergio Tostes said. "The child said many times that he wanted to stay in Brazil. This is not human, and it is a cruelty."

The case has attracted high-level attention. U.S. Secretary of State Hillary Clinton referred to the case Monday, telling reporters, "I also wanted just to take this opportunity to recognize the decision by the Brazilian federal court today ordering a young American boy, Sean Goldman, to be reunited with his father, David. It's taken a long time for this day to come, but we will work with the Goldman family and the Brazilian government, with the goal of ensuring this young boy's return."

CNN's Rob Frehse and Alessandra Castelli contributed to this report.