(CNN) -- The debate over controversial CIA interrogation practices -- tactics that some say constitute torture -- is rooted in the early years of the fight against terrorism and the Iraq war. 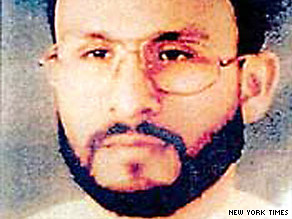 After the September 11 terrorist attacks on the United States, the Bush administration crafted the legal basis for aggressive CIA interrogation techniques of prisoners and terrorism suspects.

Those techniques were detailed in four Bush-era legal memos -- one from 2002 and three from 2005 -- released by the Obama administration in April. The memos concluded that such techniques did not constitute torture and were not illegal.

President Obama formally banned the techniques by issuing an executive order requiring that the U.S. Army field manual be used as the guide for CIA terror interrogations.

"I can stand here tonight and say without exception or equivocation that the United States of America does not torture," he said during an address to a joint session of Congress in February.

Photographs from inside the Abu Ghraib U.S. military prison in Baghdad revealed initial evidence of abuse of American-held detainees. The photos, which were leaked to the news media in 2004, sparked global outrage and debate about how prisoners in the Bush administration's war on terrorism were treated.

In the photos, some prisoners were stacked atop each other while naked, and others were being threatened by dogs.

One widely disseminated photograph showed an Iraqi prisoner hooded and wired, as if an electrocution were about to take place. Including Abu Ghraib and other incidents, more than 400 people have been disciplined based on investigations involving detainee abuse, according to Pentagon spokesman Bryan Whitman.

Punishments have ranged from prison sentences to demotions and letters of reprimand, Whitman said.

"The policy of the Department of Defense is to treat prisoners humanely, and those who have violated that policy have been investigated and disciplined," he said.

Eleven American soldiers were tried and convicted of Abu Ghraib offenses, and some officers were reprimanded. Some received prison sentences.

The Obama administration has grappled with the consequences of the Bush-era policies regarding detainees and interrogation techniques.

The president recently reversed course on the court-ordered release of hundreds of additional images said to show abuse in detention facilities in Afghanistan and Iraq.

Obama argued that the photos could "inflame anti-American opinion" and have "a chilling effect" on further investigations of detainee abuse. The photos "are not particularly sensational, especially when compared to the painful images that we remember from Abu Ghraib," he said last week.

The Obama administration said last month that it would not object to the release of the photos.

The images are from more than 60 criminal investigations into detainee abuse between 2001 through 2006, Pentagon officials said. The release was ordered in response to a Freedom of Information Act request filed by the American Civil Liberties Union.

"Essentially, by withholding these photographs from public view, the Obama administration is making itself complicit in the Bush administration's torture policies," ACLU attorney Amrit Singh said.

Fallout from Abu Ghraib resulted in a demotion to colonel for former Gen. Janis Karpinski, who commanded the prison during the time of the 2004 photographs. She was eventually rotated out of Iraq. The prison was shut down in September 2006.

Now retired, Karpinksi said the memos released in April have validated her earlier claims that she and her troops were following orders and that the abuses at Abu Ghraib were not simply the work of a few "bad apples," as once described by then-Defense Secretary Donald Rumsfeld.

Five days after the memos were made public, the Senate Armed Forces Committee released a report stating that senior Bush administration officials authorized aggressive interrogation techniques on suspected terrorists, despite concerns from military psychologists and attorneys.

The report points to Rumsfeld's approval of such techniques -- including stress positions, removal of clothing, use of phobias (such as fear of dogs), and deprivation of light and auditory stimuli -- in December 2002 for detainees at the U.S. prison in Guantanamo Bay, Cuba.

The guidance was delivered to Abu Ghraib by then-Maj. Gen. Geoffrey Miller, who was summoned to Baghdad from Guantanamo to evaluate the prison system.

"We had a myriad of problems in our -- in the prison system, not with detainees who were undergoing interrogations, but with Iraqi criminal prisoners," Karpinski said. "And instead of coming to give us support, he was sent specifically to work with the military intelligence interrogators to teach them the harsher techniques that were being used down in Guantanamo."

The memos and interrogation tactics

The controversial interrogation technique called waterboarding was detailed in one of the Bush-era memos, dated May 30, 2005. It said CIA interrogators used waterboarding at least 266 times on two top al Qaeda suspects.

It also said the technique was used at least 83 times in August 2002 on suspected al Qaeda leader Abu Zubaydah. Interrogators also waterboarded Khalid Sheikh Mohammed -- said to be the mastermind of the September 11 attacks -- 183 times in March 2003, the memo said.

Obama said he felt comfortable releasing the classified memos because the Bush administration acknowledged using some of the practices associated with the memos, and the interrogation techniques were widely reported and have since been banned.

"Withholding these memos would only serve to deny facts that have been in the public domain for some time," Obama said in a statement. "This could contribute to an inaccurate accounting of the past and fuel erroneous and inflammatory assumptions about actions taken by the United States."

Bush officials, especially former Vice President Dick Cheney, have defended the controversial interrogation tactics, arguing that they helped provide valuable information in the fight against terrorism and other conflicts.

"I know specifically of reports that I read," Cheney told Fox News in April, "that lay out what we learned through the interrogation process and what the consequences were for the country."

The Obama administration "didn't put out the memos that showed the success of the effort," he said.

The memos' release has added momentum to the debate over whether Bush administration officials ought to be prosecuted for authorizing such policies.

Obama said Attorney General Eric Holder would decide whether to investigate Bush administration officials who formed the legal basis for the techniques. The Obama administration has said that CIA interrogators who followed the instructions would not be prosecuted for their work.

"We are going to follow the evidence, follow the law and take that where it leads," Holder said. "No one is above the law."