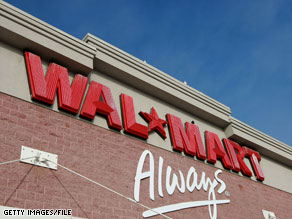 Wal-Mart says it will consider applying the new safety measures in its other stores.

The top prosecutor in Nassau County said she struck the deal rather than pursue criminal charges in the death of a 34-year-old man who was trampled to death as shoppers flooded into the store. It happened as the store opened on the day after Thanksgiving, which is traditionally among the busiest days of the year for retailers.

Wal-Mart agreed to pay $1.5 million for community programs in Nassau County and another $400,000 to compensate people who were injured in the incident and repay them for out-of-pocket expenditures, District Attorney Kathleen Rice of Nassau County said in a statement.

The district attorney and Wal-Mart said they agreed on a crowd-management plan that the retailer will implement at each of its 92 stores in New York for after-Thanksgiving shopping. The plan was developed by experts who have worked on crowd management at Super Bowls and Olympic Games, said Hank Mullany, a senior vice president at the company.

Wal-Mart "will consider how aspects of this plan could apply to stores outside of New York," he said in a statement.

"We have never had a tragedy like this in our stores, and we don't want it to happen again," his statement said. "We are committed to learning from it and making our stores even safer for our customers and our associates."

The agreement between Nassau County and Wal-Mart "does not include an admission of guilt or wrongdoing by the corporation," the district attorney said.

Discussions that yielded the agreement, which was announced Wednesday, started after a temporary Wal-Mart employee -- Jdimytai Damour of Jamaica -- was trampled to death at the Green Valley Wal-Mart in Long Island around 5 a.m. on November 28.

At the time, Detective Lt. Michael Fleming of the Nassau County police described "utter chaos" when Wal-Mart workers tried to open the store doors that day.

By 5 a.m. that Friday, when the doors were unlocked, there were about 2,000 shoppers waiting to enter, and many "surged forward," breaking the doors, he said.

Video showed as many as a dozen people knocked to the floor in the stampede of people trying to get into the Wal-Mart store, Fleming said. The employee was "stepped on by hundreds of people" as other workers attempted to fight their way through the crowd, Fleming said.