Venezuela to give island to New Jersey

(CNN) -- Venezuela will give a 300-acre island in the Delaware River to the state of New Jersey, the governor's office announced. 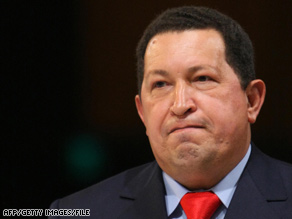 The Venezuelan-owned Citgo Petroleum Corp. had bought Petty's Island -- between Camden, New Jersey, and Philadelphia, Pennsylvania -- to use as a fuel storage facility.

Venezuelan leader Hugo Chavez announced the island's transfer as part of Wednesday's Earth Day celebrations. Plans are being finalized for the transition, which will not occur before 2020, Corzine's office said.

"Earth Day is a fitting time to consummate the donation of this special place," Corzine said in the news release. "Petty's Island has become an important home to bald eagles, kestrels and a wide variety of waterfowl. We are opening a new chapter in the island's long history by restoring it and giving it back to nature and the people of New Jersey."

The New Jersey Department of Environmental Protection must certify that Citgo's cleanup of the island has met state standards before the title can be transferred, the news release said.

Citgo has agreed to create a $2 million fund to allow the Natural Lands Trust, a state land-preservation board, to manage the island, the release said. The company is setting up another $1 million fund to help establish a cultural and education center.

Activities on the island will be limited to hiking and bicycle riding, the governor's office said.

The island is part of Pennsauken Township, New Jersey.