Homeowner who shot herself amid eviction dies

(CNN) -- Addie Polk, who became the national face of the foreclosure crisis last fall when she shot herself during an eviction, was a quiet woman who never asked for help.

Polk, 91, who was a deaconess at her church, was remembered by friends and churchgoers for her stateliness. 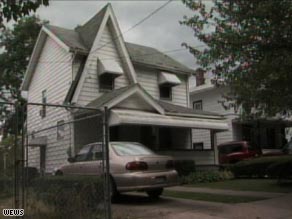 Fannie Mae foreclosed on the Akron, Ohio, home of Addie Polk, 91, after acquiring the mortgage in 2007.

"She had runner's legs," said Joyce Smith, a longtime family friend of Polk's and fellow member of Antioch Baptist Church. "They were well-shaped, well-shaped calves, and she still wore her heels and didn't stumble," Smith said.

But Polk didn't run from the troubling eviction notices that were placed time and time again on her door in Akron, Ohio.

She kept her business to herself.

"She wasn't a really vocal person," Smith said. "She'd communicate, but you never knew what was going on. If it was anything negative you didn't know; if it was positive you didn't know. She was just quiet about her personal life."

Polk, made news last fall when she shot herself during an eviction, died Monday at the Arbors at Fairlawn nursing home near Akron. She was 91.

The Summit County Medical Examiner's office, when contacted Tuesday by CNN, said the cause of death has not been released but it was not related to the shooting.

After Polk's ordeal last October sparked national outrage, Fannie Mae moved to halt the foreclosure process and "give her the house," company spokesman Brian Faith said at the time.

"We're going to forgive whatever outstanding balance she had on the loan," Faith said. "Given the circumstances, we think it's appropriate."

Over the next couple of years, Polk missed payments on the 101-year-old home that she and her late husband purchased in 1970. In 2007, the mortgage was in the hands of Fannie Mae, which soon filed for foreclosure.

As part of the eviction process, authorities left writs of possession -- legal terms that informed the occupier of eviction -- on the front door of homes. Fatheree said each time he'd return the notes would be gone, and he'd leave another.

Polk's two self-inflicted gunshots to the chest were heard around the United States as the lifelong homemaker became a symbol for struggling U.S. homeowners burdened down by debt and unrelenting mortgage companies.

News of Polk's plight was so pervasive that U.S. Rep. Dennis Kucinich, D-Ohio, evoked her name on the House floor during debate over the Wall Street bailout just days after the shooting.

"This bill does nothing for the Addie Polks of the world," Kucinich said. "This bill fails to address the fact that millions of homeowners are facing foreclosure, are facing the loss of their home. This bill will take care of Wall Street, and the market may go up for a few days, but democracy is going downhill."

Sommerville Funeral Services in Akron will handle arrangements for Polk.