(CNN) -- Organs donated by a slain Oakland, California, police officer saved four lives, and his donated tissue will enhance the lives of up to 50 others, the California Transplant Donor Network said Wednesday. 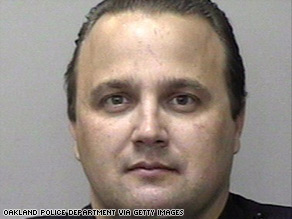 Officer John Hege, 41, was pronounced brain dead on Sunday but was kept on life support pending a decision on organ donation. He was the fourth Oakland officer to die after a gunman fired on police in two weekend incidents.

"Officer Hege was registered on the Donate Life California Organ and Tissue Registry, which his family also supports," the donor network said in a news release. "He chose in death as he did in life to help those in need. His organ donations saved the lives of four adult males from California."

Hege's liver, kidneys and heart were donated, the network said, and the transplants were successfully completed Tuesday and early Wednesday.

"John's courage and strength was enhanced by his ability to perceive the realities of life," the family said in the statement. "In June 2008, he registered on the Donate Life California Organ and Tissue Donor Registry. We completely and proudly support his decision, and it gives us a great deal of comfort to know that four individuals have received the gift of life because of our selfless and beloved John.

"Even in death he gave to the lives of those in our community whom he had always loved and supported."

Hege had been with the Oakland police force about 10 years.

The man accused of shooting the officers -- Lovelle Mixon, 26, of Oakland -- was fatally shot in a gun battle with SWAT officers in an apartment complex where he was hiding, police said. Authorities said Saturday night that Mixon had an extensive criminal history and was in violation of parole for assault with a deadly weapon.

Emergency dispatchers received reports that two officers had been shot and needed help, he said. Those officers were Hege and Sgt. Mark Dunakin, 40, an 18-year veteran of the force. Dunakin died Saturday.

Police launched an intense manhunt to track down the gunman. An anonymous caller directed authorities to a building on an adjacent street where the man was believed to be barricaded, acting Police Chief Howard Jordan said.

The gunman fired on SWAT officers who entered the apartment, hitting two of them before police shot and killed the man, Jordan said. Those two officers -- Sgt. Ervin Romans, 43, and Sgt. Daniel Sakai, 35 -- died. Police said Romans had been with the department since 1996 and Sakai since 2000.

A fifth officer who was grazed by a bullet was treated at a hospital and released, police spokesman Jeff Thomason said Saturday.

All About Oakland Police Department • Murder and Homicide • Organ Donation