(CNN) -- Tough economic times are taking a toll across the spectrum of business and individual activity -- and the country's institutions of higher learning are no exception. 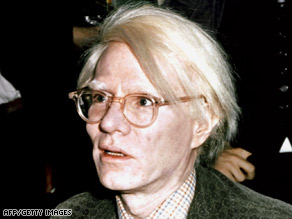 Andy Warhol is one of the artists in Brandeis University's acclaimed Rose Art Museum.

Brandeis University, in Waltham, Massachusetts, will be taking an extraordinary step to preserve its educational mission -- the school's board of trustees voted Monday to close its acclaimed Rose Art Museum.

The university will sell every one of the approximately 6,000 items in the museum, opened in 1961.

"We can only do what we have been entrusted to do -- act responsibly with the best interests of our students and their futures foremost in mind."

University spokesman Dennis Nealon said that the move to sell off the museum's exhibits was "a very hard and painful decision" but a necessary one for the school's survival.

He said the decision, which calls for the museum to close in the summer, will not affect the university's "commitment to the arts and the teaching of the arts."

The facility will become a fine arts teaching center with an exhibition gallery and studio space, he said.

Nealon said most of the museum's acquisitions are paintings and sculptures. The school has not undertaken a recent appraisal of the works, Nealon said, adding that the process may take as much as two years to complete.

Brandeis, founded in 1948, is the only non-sectarian, Jewish-sponsored university in the country.