(Tribune Media Services) -- Kenneth Miller thought he had squirreled away more than 100,000 Delta Air Lines frequent-flier miles, which he planned to use for a special 20th anniversary trip. 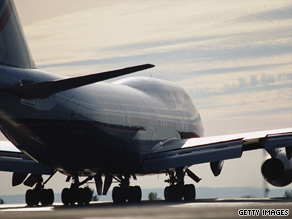 Travelers often find out too late that companies have changed their terms.

When he checked with the airline, it claimed he had no miles.

"My balance was at zero," he says. "It turns out that even though I used to have points with no expiration date, Delta had made changes to its program, and because of inactivity on my account, my points were deleted."

Why hadn't the airline told him? A company representative explained that Delta had gone "green" and stopped sending customers account notifications by mail. How about a friendly warning? No, a Delta agent said, adding that it was Miller's responsibility to keep up with the program rules.

"I feel like our dream anniversary has been shattered," says Miller, who lives in Albuquerque, New Mexico.

Delta is by no means the only airline, or for that matter the only travel company, to do this. One of the travel industry's favorite new tricks is waiting to tell you about onerous new terms until it's too late -- whether you're trying to modify a reservation or redeem your loyalty points. This kind of late notification seems to benefit only the travel company, never the traveler.

Perhaps the most accomplished at this troubling new practice are airlines. They like to play what my colleague Janice Hough calls the "expiring mileage game."

Hough, who is a travel agent, recalls the case of two clients who lost their miles on American Airlines, more or less the same way as Miller. "Only after they lost the miles did they get an e-mail asking if they wanted to take advantage of a limited-time offer to reinstate the miles for 1 cent per mile plus 7.5 percent tax and a $30 processing fee," she says.

I asked Delta about Miller's case. Katie Connell, an airline spokeswoman, said Miller could have avoided his account deletion by signing up for e-mail notifications from Delta's SkyMiles loyalty program. Connell fixed Miller's account "as a goodwill gesture," adding that this was "definitely a great opportunity to reiterate how important it is for our customers to keep their SkyMiles information current."

Whether these "gotchas" are an intentional new policy adopted by travel companies to increase their revenues -- or decrease the number of outstanding frequent flier miles -- or just a case of a few careless travelers being on the wrong side of a new rule, is debatable.

But you can avoid late notices. Here's how:

The revelation came as a shock to Mandala, a frequent flier. Travel companies probably count on you making assumptions such as hers -- otherwise they would warn their customers that redemption levels had more than doubled. But no. They wait until they've selected their seats (or worse) before springing the surprise.

Deborah Novak-Godden, a travel agent based in Chicago, Illinois, booked three airline tickets for her clients through a ticket consolidator (a company that buys tickets directly from airlines and resells them to travelers and agents at a discount). The wholesaler claimed the tickets were refundable. "But three days before their departure, I found out that the ticket was nonrefundable," she says.

Checking with the airline would have confirmed the terms of the ticket, and allowed her clients to make an informed decision about buying them. The problem is that there's no requirement that the full-ticket tariff -- the rules governing the use of the ticket -- be disclosed in a meaningful way. You have to ask for it.

3. Read all the fine print

Geraldine Smith wishes she had before buying tickets from London, England, to Seoul, South Korea, on Lufthansa. But then the miles to which she believed she was entitled never showed up in her account.

"After numerous attempts to get credit for the miles, I was told we had paid 'too little' for the tickets," she says. "I had never been given that information before we purchased or traveled. This would have been a lot of miles for each of us, so we were very upset to learn this after the fact."

Travel companies don't volunteer such details when you're booking a ticket or hotel room. Only later, when you try to collect award miles or change your reservation do they say, "Oh, did we forget to mention...?"

Expect a surprise the next time you travel. Talking directly with the airline, car rental company or hotel -- and reviewing the contract -- will only get you so far.

Travel companies should clearly disclose all relevant terms right up front. No surprises.

At times like this, when travel spending has plummeted and companies are trying every trick in the book to make an extra buck, this "gotcha" strategy appears to be gaining in popularity. Why? Largely because people aren't protesting them loudly enough. They feel they've gotten such a deal, what's a few extra dollars?

But what happens when prices go up again, and travel companies feel as if they can continue broadsiding their customers at every turn? Worse, what if the government looks the other way while they do it?

We probably won't have to wait long for the answers.