These tips for travelers could save your life

(CNN) -- How would you respond if you were checking into your hotel on an international vacation and your friend yelled, "Hey, what room are you in?" 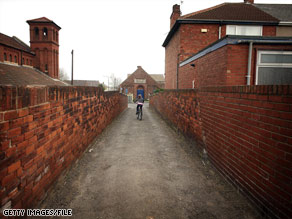 Avoiding dangerous shortcuts is one way to protect yourself from criminals while traveling, security experts say.

The best answer, according to security experts: say nothing. You don't know who may be listening with the idea of targeting you or your hotel room.

Even during seemingly harmless situations, travelers need to be what security professionals describe as "situationally aware."

The need to maintain situational awareness extends to every minute you're on vacation -- whether you are walking down a street, riding a bus or shopping in a crowded market, Siciliano says.

Even in hotel lobbies, thieves can be lurking.

"There are predators out there that look like us, they act like us," says Siciliano. "They are looking for their next victim. A victim isn't responsible for the crime that happened to them, but they are in the best position to prevent it."

We hear from experts about the need to be "vigilant" at all times. CNN security analyst Mike Brooks says that means you should always be asking yourself one question: "What if something happens here?"

Brooks says you shouldn't be paranoid, just be cognizant of the things that are going on around you. Have an idea of who is around you and where you would go if trouble arises.

The element of surprise is what a criminal counts on, Siciliano says. Robbers likely will attack you from behind or from the side. Many rob while mounted on scooters or motorcycles, so don't walk too close to the street.

Three things to focus on

Siciliano also says to decrease your chance of being a target of a criminal by maintaining your focus on three things.

"It's about body language, awareness and intuition," he says. If you look like you know what you're doing and where you are going -- even if you look like a tourist -- you're a lot less likely to be targeted.

The biggest danger is being too trusting of people, Brooks says, which could lead to a dangerous conflict.

Brooks and Siciliano offered 15 other safety tips to reduce your chances of becoming a victim during a trip.

1. Luggage: When leaving an airport, never board public transportation with your luggage in tow, Brooks says. Lugging bags on buses, trains or trams, especially while traveling alone, is more dangerous than it's worth. If a thief runs off with one of your bags, you're left with a choice of stopping the criminal or protecting your remaining luggage. Short answer from Brooks: Find a cab.

2. Unsolicited car service: Never accept transportation from a person who first approaches you at the airport, grabs your bags and says they have a car waiting. If you want car service, arrange it in advance. If you rent a car, never stop for anyone who's not wearing a uniform. A common trick among criminals along the roadside is to lure unsuspecting drivers to pull over by faking a flat tire. Don't fall for this tactic, say experts. Keep going.

3. What's the safest hotel floor? Always try to get a room on floors 2-8. A room on the ground floor will be more easily accessible to criminals from the outside, Brooks says. A high level -- such as the 20th floor -- may be quieter, but in case of a fire, there's little chance firefighters could reach you with even their tallest ladder.

4. Dressing safely: Do your research and emulate locals and how they dress, Siciliano says. Blending in makes you less of a target than if you announce your home country by wearing your country's flag or national colors.

5. Instincts: Trust your instincts and don't venture through side streets, even if it seems like a convenient shortcut. Criminals like to strike in uncrowded areas, Brooks says. If you stick to the well-traveled streets, you'll be less likely to have anyone approach you with a gun or a knife, the experts say.

6. Jewelry: Leave the fancy jewelry at home. And carry your wallet in your front pocket, or better yet, get a money belt or a passport holder/wallet you can wear around your neck (but be sure to keep in under your shirt when you can). Be aware that people who are jostling you are potential pickpockets.

7. Wallet: Clean out your wallet before you leave home, Brooks says. Don't carry any more credit cards than you need. Make sure you leave your Social Security card behind.

8. Hotel behavior: Try to stay away from budget hotels as they are usually not in the best of areas, Brooks says. When you get to your hotel, keep an eye on people in the lobby and note how far your room is from a stairway. If there is a fire, Brooks says, you can't take the elevators and you need to know the quickest way out.

9. Where's the safest place on a bus? If you ride on a bus, stand near the bus driver or near an exit. If you find a seat, sit with your back to the side of the bus so you can see people in the front and back of the bus.

10. Invitations: Never go with someone you just met to their hotel room or invite them to yours, says Brooks. Also if they want to give you a ride to another hotel or bar, get your own cab.

12. Eye contact: Make eye contact with people, Siciliano says. Don't stare but use a "stern gaze" to acknowledge people around you. Criminals count on the element of surprise and will seek other victims if they know you have checked them out. "I'm not talking about staring people down, but acknowledging people around you," he says.

13. Eyewear: If you wear glasses, bring an extra pair, Brooks says. If they're broken in another country, getting a new prescription could be difficult and you want to be as alert as possible to your surroundings.

14. Knife or gun: Your options when someone approaches you with a gun are pretty simple. Both Brooks and Siciliano say to give the criminal your wallet, turn and run while yelling as loud as you can. Siciliano says the odds that person shoots at you are 50-50 and the chances they hit you are 50-50. If they come at you with a knife, drop to the ground, ball up to protect your torso (the kill zone) and kick at the attacker's knees or groin.

15. Proper research: Experts agree that the first thing any U.S. traveler should do to prepare for an international trip is go online at http://www.travel.state.gov.

Search the Web to find out what's happening right now at your destination which might affect your safety during your trip.

The U.S. State Department Web site posts official travel warnings and alerts for specific nations, along with details. The site also provides U.S. travelers a place to register with U.S. consulates and embassies in the countries they plan to visit, something experts say is an essential safety tool.

All About Crime • Travel and Tourism • U.S. Department of State