Ford brings Wi-Fi to the highway 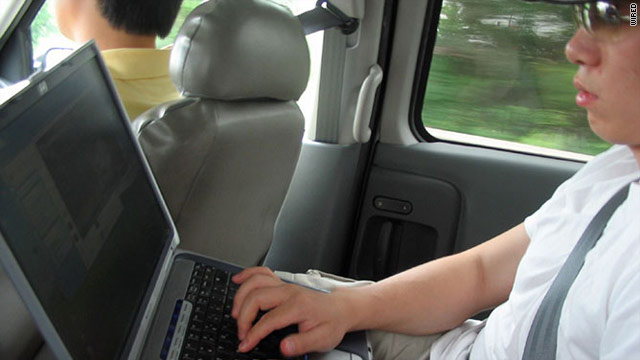 The next generation of the Sync in-car entertainment and information system will use a USB mobile broadband modem to establish a secure wireless connection capable of supporting several devices simultaneously.

The system will be available next year on selected models -- no word yet which ones -- and you won't need a subscription or hardware beyond the modem.

"While you're driving to grandma's house, your spouse can be finishing the holiday shopping and the kids can be chatting with friends and updating their Facebook profiles," said Mark Fields, Ford president of the Americas. "And you're not paying for yet another mobile subscription or piece of hardware because Ford will let you use technology you already have."

Several automakers already offer in-car Internet access -- Japanese drivers have been using it since 1997 -- and many others are rushing to bring it to us. Ford's announcement follows General Motors' promise last week to make in-car connectivity available in seven models of trucks and SUVs. They're the latest automakers to bring the infobahn to the autobahn.

Mercedes recently announced it has successfully tested in-vehicle Internet applications -- including web browsing, vehicle software updates and VOIP -- on a prototype 4G network. It follows BMW's Internet-connected iDrive system and Chrysler's Uconnect Web in-vehicle mobile hotspot. With so many automakers getting in on the action, there's a push to introduce hardware standards.

Ford is taking a decidedly different approach, opting to allow consumers to plug in their own USB modem to get connected.

General Motors, on the other hand, offers a dealer-installed system called Chevrolet Wi-Fi by Autonet Mobile. It creates a Wi-Fi hot spot 300 feet in diameter around the vehicle, and GM claims the 3G network achieves speeds of up to 1.5 mbps. The hardware costs $199 after the $200 mail-in rebate, and the service costs $29 a month.

Given how connected we are, it makes sense for automakers to put the Internet in our cars. The number of iPhones and other mobile devices being used to connect to the Internet jumped 75 percent in the third quarter of this year, according to JiWire Mobile Audiences Insights Report.

Letting people log on from the road will be a big selling point among 20-something buyers, the so-called Millennials who have propelled much of Sync's success. Millennials will make up 28 percent of the driving population next year, a nine-point increase from 2004.

Kids aside, Ford says interest in in-car connectivity is high among the general public, with one-third of people surveyed by the Consumer Electronics Association expressing interest in being able to check e-mail or surf the Web from the car.