Micro-blogs in China: Tweeting through the 'Great Firewall' 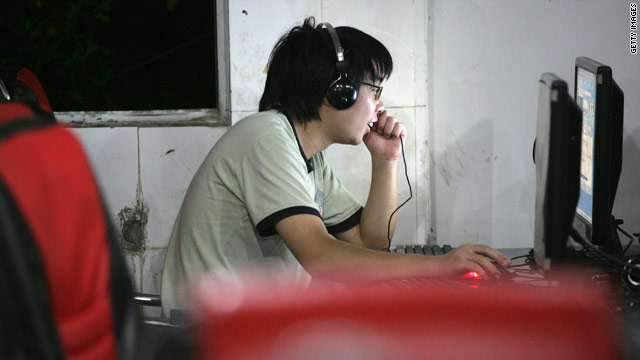 More than 90 percent of Chinese broadband users use social media, compared to 76 percent in the United States, according to a study from San Francisco-based Netpop Research.
STORY HIGHLIGHTS
RELATED TOPICS

Beijing, China (CNN) -- A handful of homegrown micro-blogging sites emerged about the same time Twitter started to gain a small, yet steadily growing, share of Chinese Internet users, beginning about 2007, around a year after Twitter was launched in the U.S. in 2006.

While almost all of the early Chinese micro-blogging pioneers faced the same fate as Twitter, most of the sites are now back online and are fiercely competing to gain a share of what many predict will soon be an exploding population of Chinese micro-bloggers.

Alex Mou is the founder of one of them. He started a Twitter-like site called Zuosa, which was shut down for "self maintenance" on July 21, around two months after Twitter was first blocked in early June.

"We were closed for self maintenance for a couple of days," Mou said. "Others were indefinitely closed. We had some inappropriate messages that we needed to delete, and then it was OK."

Video: No tweets for China

Since Zuosa has been back online, Mou has been working hard to cultivate a community that seems to be willing to blog about everything except subject matter that might offend the Chinese government.

"You have to watch yourself," Mou said. "You have to do some monitoring, filtering and stuff." Some observers say the self-censorship that micro-blogs in China inevitably must follow in order to survive will deter the country's 300 million Internet users from using them.

"Because of the situation we are in right now, for real micro-blogging to become popular in China, it is very difficult," said Xue Ying, co-founder of BloggerInsight, a blogging community that provides research on China's high tech industries.

"They are trying to control the content. That is the very opposite of the philosophy of micro-blogging."

Yet those who run China's Twitter clones disagree, arguing their sites employ features that will attract Chinese Internet users already accustomed to socializing and sharing information on the Web.

More than 90 percent of Chinese broadband users use social media, compared to 76 percent in the United States, according to a study from San Francisco-based Netpop Research. Zuosa, as well as other Chinese micro blogs, like Digu and Sina Microblog, a site launched by web portal Sina.com, allow users to upload pictures and embed videos to go with their 140-character limit posts. In contrast, only text can be posted directly onto Twitter.

Some of the services interface with Twitter as well, allowing members to update their Chinese Twitter and the real one simultaneously.

Chinese sites can also be seamlessly updated through many of the country's popular chat services, enabling them to become a natural extension of the instant messaging culture that permeates the web here.

"They are working to use popular Chinese services and integrate them into micro blogging," said Lu Gang, co-founder of OpenWeb.Asia, a workgroup focusing on the Asian Internet industry.

Some chat providers are even starting their own micro-blogs. Tencent Holdings, which owns QQ, the most popular Chinese instant messaging platform, recently launched a Twitter-like service called TaoTao.

Microsoft was beta testing MSN Juku, a micro-blog service linked with Windows Live Messenger. However the project was recently "suspended indefinitely" after Plurk, a popular social networking site in Taiwan, Indonesia and the Philippines, claimed Microsoft copied its code. Microsoft investigated and has now acknowledged a third party vendor had copied some code. The software giant says it takes full responsibility and is discussing the matter with Plurk.

"If you look at how the Chinese use the Internet, instant messaging is huge," Thomas Crampton, Asia-Pacific director of 360 Digital Influence, a blog of the Ogilvy Public Relations firm, said.

"Twittering is sort of a more social version of that, so I think it is well within the [Chinese] social media ecosystem."

Mobile phones are another important component of China's burgeoning micro-blog ecosystem, especially as 3G smart phones permeate the market after the government rolled out the service at the beginning of 2009. Similar to people in the West, Chinese can send tweets to micro-blog sites via text messages, another one of the most popular forms of communication in the country.

Yet as network speeds get faster, companies are positioning themselves to take advantage of micro-blogging via the mobile web.

"Our goal is to build a new generation messaging platform for mobiles," Jeff Tao, founder of Hesine Technologies Inc., a Beijing-based company that has developed an interface allowing mobile users to interact with multiple micro-blogs at once.

"I can bundle a phone with 15 social network sites so the same blog can be posted to 15 sites with just one single click," Tao said.

"It will have a big impact on the mobile community."

According to Tao, the free software has been downloaded on 200,000 phones since it was launched a few months ago.

"Free" is a feature Chinese micro-blogs are trying to move away from, and many are exploring ways to turn growing communities into revenue streams.

"His followers are our first paying users," Mou said. "Although it is very new we can see that some people are willing to pay to receive important information."

MySpace China is also studying how to incorporate celebrities to coax users into paying for its 9911 micro-blog service, said its CEO Tony Wei.

"We haven't decided yet," Wei told CNN. "It will depend on our negotiations with the agents of the celebrities."

9911 has a partnership with Youku.com, China's version of video-sharing Web site YouTube, allowing users to easily post film clips from the site, Wei said. Members can record audio files via mobile phone and post them as well.

"It is very special," Wei said.

While some say attempts to commercialize China's Twitter-copycats are rendering them as portals filled with nothing but entertainment fluff, those who use the sites see it differently.

"I find it interesting," Jeremy Goldkorn, a Beijing-based blogger who "tweets" in Chinese on infotainment portal Sina.com's micro-blog site said.

"There is a real exchange of ideas going on. There is stuff that exists at the margins of what is acceptable in China."

Yet for those who wish to micro-message outside the margins, there is still Twitter in China.

Despite government efforts to block the site, the country's so-called "Great Firewall" is leaky enough to allow Chinese tweeters to use Twitter itself versus a micro-blog alternative.

"It is a risk of course," said Michael Anti, a Chinese Twitter user who has more than 10,000 followers on the site. "But still people do it. The Twitter community is booming and is expanding. It is fantastic."