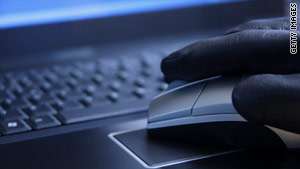 Three alleged members of the hacker gang Kryogeniks were hit with a federal conspiracy charge Thursday for a 2008 stunt that replaced Comcast's homepage with a shout-out to other hackers.

The prank took down the cable giant's homepage and Web mail service for more than five hours and allegedly cost the company over $128,000.

A third man, Michael Paul Lebel, 28, was also charged with helping the duo, though his alleged handle "Slacker" was not credited in the defacement message.

As described in the indictment, the hackers got control of the domain with two phone calls, and an e-mail was sent to the company's domain registrar, Network Solutions, from a hacked Comcast e-mail account.

That gave them entry to the Network Solutions control panel for Comcast's 200 domains, according to the indictment.

In an interview the day after the attack, Defiant and EBK told Wired magazine's Threat Level that they didn't initially set out to redirect the site's traffic. Instead, they merely changed the contact information for the Comcast.net domain to Defiant's e-mail address; for the street address, they used a false address using crass language.

Then, the hackers said, they contacted Comcast's original technical contact at his home number to tell him what they'd done. It was only when the Comcast manager scoffed at their claim and hung up on them that EBK said it was decided to take the more drastic measure of redirecting the site's traffic to servers under the hackers' control.

"I was trying to say we shouldn't do this the whole damn time," Defiant said last year.

The indictment also says that the hackers phoned the Comcast official at home.

In the interview last year, the hackers expressed some shock about the attention the attack garnered.

"The situation has kind of blown up here, a lot bigger than I thought it would," said Defiant, who said he was 19 years old and his first name was James. "I wish I was a minor right now because this is going to be really bad."