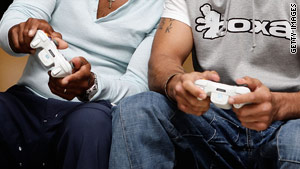 Microsoft has banned Xbox Live players who altered consoles to play pirated games. Those who play by its rules are not affected.
STORY HIGHLIGHTS
RELATED TOPICS

(CNET) -- It's oh-so enticing: you find a copy of a brand new game like Call of Duty: Modern Warfare 2 on a pirate site and the temptation to download it is too strong.

Well, that temptation may have cost up to 1 million users of Microsoft's Xbox Live the ability to use that service. According to a report in InformationWeek, Microsoft has banned as many as a million players from Xbox Live for altering their consoles in order to play pirated versions of games.

This week, Activision's new Call of Duty was released, and InformationWeek speculated that because pirated versions of the game appeared on various sharing sites in advance of the release, the game's developer may have exhorted Microsoft to enact the bans.

"Xbox 360 consoles are equipped with digital rights management technologies designed to detect pirated software," InformationWeek wrote, "but some players have successfully 'modded,' or modified, their machines to circumvent DRM protections."

Even if someone has been banned, their Xbox will still play offline games, InformationWeek said. But it's not at all clear if the bans are permanent or if Microsoft will allow those who have been booted from Xbox Live to return at some point down the line.

In a statement Microsoft said: its "commitment to combat piracy and support safer and more secure gameplay for the more than 20 million members of the Xbox Live community remains a top priority. All consumers should know that piracy is illegal and modifying their Xbox 360 console violates the Xbox Live terms of use, will void their warranty and result in a ban from Xbox Live. We can assure you that if an Xbox Live member follows the Xbox Live terms of use, purchased a retail copy of Modern Warfare 2 and played the game on an unmodified Xbox 360, no action will be taken."

And on the Xbox support page, Xbox Live Director of Programming Larry Hryb, aka Major Nelson, has addressed some of the circumstances that could lead to a player's being banned.

"Players who find their Gamertags banned from Xbox Live have wound up in that situation due to violations of the Xbox Live Terms of Use," Major Nelson wrote.

"The Xbox Live team monitors players for not just cheating, but also for things like threats, racism, profanity, and just being an all around poor sport and ruining the game for others.

"When a Gamertag comes up as violating our policies for online behavior, the person who owns that Gamertag is punished by being banned from the service. Keep in mind, this isn't just a ban on a particular game. This is a ban on the Xbox Live service as a whole, so you won't be able to go online at all during your ban. Initially, you may be banned for a day, a week, or depending on severity, permanently! Kiss that $50 goodbye."