(WIRED) -- Google plans to launch a music service, Wired.com has confirmed with sources familiar with the situation. Next to nothing is known about the service at this point, rumored to be called "Google Music," "Google Audio," or "One Box," although we have confirmed that it will be announced next Wednesday, and that it will link out to two music services: Lala and iLike. 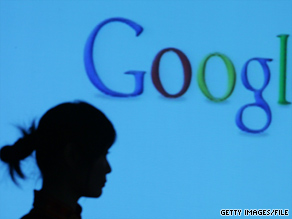 Sources confirm Google will announce next Wednesday that it's launching a music search service.

Google will not become a music retailer itself, but will offer enhanced music search with a streaming function -- the first of possibly several vertical search offerings.

Searching for an artist or song will apparently bring up a box (thus Google's working title: "One Box") with a streaming link randomly assigned to stream songs from either Lala or iLike, the latter of which was acquired by MySpace in August.

Lala, iLike, "and others" will announce the service next Wednesday at Capital Records Music in Hollywood, California, with musical guests OneRepublic plus members of Linkin Park and Dead by Sunrise.

The RSVP on the invitation links to an e-mail address at secure online event registration company Paragon New Media, which lists Google as a client. After spotting that, we confirmed with a source close to the situation that Google's upcoming music service will be announced at the event.

Google's music search service, whatever it ends up being called, will include music from all four major labels and, most likely, all of the indie content on iLike and Lala (as one insider put it, it would be harder to remove a subset of songs from those services than to let Google simply index all of it).

iLike currently streams some songs as 30-second samples and others as full-length songs, and sells MP3s for the usual prices. Lala allows registered users to stream complete songs and albums once, for free, after which point they can buy streaming songs 10 cents that can be credited to the purchase of the full download.

At this point, it's not clear how these services will behave when presented through Google's search interface.

Google has yet to respond to our requests for comment. The company is also building the back-end for the majors' upcoming Vevo music video service, and operates a free download service in China that TechCrunch says will not resemble whatever Google launches here in the U.S. and possibly elsewhere as well.

After this music search product launches next Wednesday, we understand that Google plans to release other search verticals, possibly including a travel booking service.