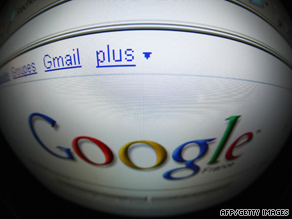 The popular Web-based e-mail service from Google Inc. has crashed several times in recent months. That's led to a bit of anger and sarcastic sighs of despair on tech blogs and on the micro-blogging site Twitter.

Google posted a note Thursday morning saying it is aware that some people are experiencing an e-mail outage. The Mountain View, California, company said all e-mail service was working by 11 a.m. ET, and that the problems caused e-mail to slow down but did not crash the site.

"A problem with Google Contacts caused many Gmail users to experience slowness and degraded service for about an hour today," the company said in a statement. "We're sorry for the inconvenience. As usual, we'll provide an incident report on the Apps Status Dashboard, where we also gave ongoing status updates as this issue progressed."

As with previous service problems, the online community is complaining the service break disrupts office work and personal lives. As more computing power moves "into the cloud," storing information online rather than on home computers, online applications like Gmail become important parts of people's lives.

The most recent Gmail outage occurred September 1. Some tech writers seemed genuinely disturbed by the crash. Others mocked how addicted some people have become to online-only forms of communication.

Mashable, a blog that covers social media, posted a list of five things to do while Gmail is down.

One of the recommendations:

"Go outside! There's nothing left for it. Our cozy technosphere bubble has been burst by this point. Go look for someone to harass on the street in person and ask them what URL shortener they use."

At the time, blogger Ron Schenone wrote that people put a lot of faith in big tech companies like Google.

"It seems to me that people want to believe that Google is infallible," he wrote on the Lockergnome blog network. "Though Google may be the king of search, their equipment is man made and their technicians are human."