(CNET) -- AT&T may be getting ready to offer the iPhone 3G at a very expensive yet no-commitment price. 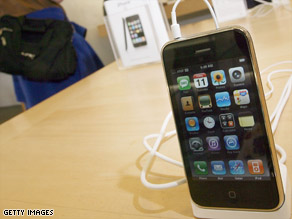 AT&T may be getting ready to offer the iPhone 3G without requiring a two-year service agreement.

BoyGeniusReport.com has a report out Wednesday that AT&T plans to offer iPhone 3Gs at $599 or $699 without requiring the customer to sign a new two-year agreement, starting next week.

When the iPhone 3G launched last year, AT&T said it would offer such an option, but never pulled the trigger.

An AT&T representative declined to comment on the report.

The move would seem designed to rid AT&T of iPhone inventory ahead of the launch of a new product later this summer, as most of us are expecting.

Apple didn't allude to any new hardware during its iPhone 3.0 event on Tuesday, but there have been a few signs, and the company has noted that iPhone releases seem to be falling into a yearly schedule around June or July.

iPhones sales soared after Apple and AT&T cut the starting price to $199 last year, but there are definitely some people who would like an iPhone free from AT&T and a two-year commitment to paying a monthly wireless bill, even if it costs them more up front.

Would you buy a $599 8GB iPhone if it meant you didn't have to sign a two-year contract?