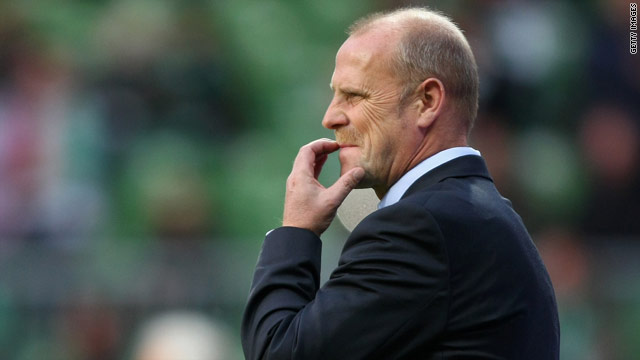 (CNN) -- Werder Bremen coach Thomas Schaaf, 48, has signed a two-year contract extension tying him to the club until 2012.

Bremen have emerged as genuine contenders for the Bundesliga title this season, lying four points off leaders Bayer Leverkusen.

Last season, Werder won the German Cup and reached the UEFA Cup final, where they lost to Shakhtar Donetsk.

General manager Klaus Allofs told the club's official Web site: "We are very happy that we can make it known before the turn of the year that we are continuing our work together.

"We have always stressed in the past weeks that this is our most important personnel detail.

"This shows the high regard that Thomas enjoys with us. He has proved over many years that, with his ability to improve teams and players, he is an important part of our success."

Schaaf, who has been coach at Werder since 1999 and led them to the league and cup double in 2004, said: "Our common goal is to move forward successfully.

"I see Werder continues to have an interesting team to be able to pursue our goals. Therefore, it was not hard to accept the new challenges," he added.

Bremen have coped well with the loss of Brazilian attacking midfielder Diego, who moved to Juventus this summer, with German youngsters like Mesut Ozil and Aaron Hunt taking on more prominent roles.

They went down 2-0 at home to title rivals Schalke last weekend, their first defeat since the opening day of the season.