(CNN) -- A worldwide network of fraudsters conned thousands of people into buying fake golf clubs on eBay, a London court has heard. 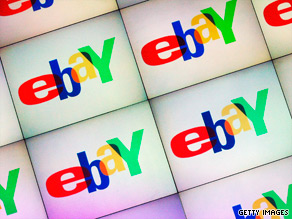 Ebay was hit by a massive worldwide fraud in counterfeit golf clubs.

In allegedly the largest fraud uncovered by the online auction site, the counterfeit clubs, as well as clothing and other golf accessories, were sold "on a scale, it is believed, has never been seen before," prosecutors told Snaresbrook Crown Court.

The mastermind behind the million dollar operation, Greg Bellchambers, from east London, has already admitted fraud and conspiracy.

His six co-defendants, who deny playing a "crucial role" in the plot, are said to have assisted Bellchambers in managing accounts and acting as distributors in the scam.

Bellchambers sourced the "below-par" clubs in China and then marketed them on eBay as the original top of the line brands.

The fraud only came to light when a disgruntled customer complained to a local trading standards office in London about sub-standard Acushnet clubs and an investigation was launched.

When Bellchambers' home was raided, "a large quantity" of clubs were seized, with all of them fake apart from those which belonged to the 45-year-old.

Adam Davis, for the prosecution, said: "Nearly every major golf brand has been affected by the sale of counterfeit goods through the eBay accounts.

"It is the belief of the fraud investigation unit at eBay that this case represents the single largest counterfeiting conspiracy yet uncovered on their Web site."

Prosecutors claimed that many other people were involved, but proceedings have not been brought against them as they live abroad or there is insufficient information to identify them.

The trial of Bellchambers' six co-defendants is expected to last three months. All deny conspiracy.