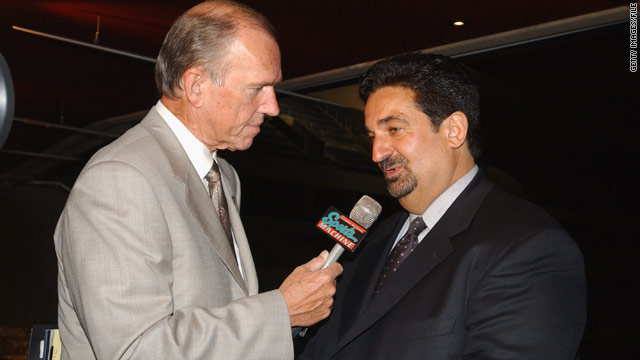 Michael, 70, was known nationally for "The George Michael Sports Machine," a syndicated TV show that ran nationwide for 27 years.

"Michael was a prominent fixture, providing the most accurate and spirited sports news and highlights," Washington Mayor Adrian Fenty said. "He truly captured the hearts and minds of sports fans in the District and around the country."

A statement issued by the station said "George was a pioneer in sports broadcasting."

"He was a gifted interviewer, a master storyteller, and one of the hardest working journalists out there," the station said.

Michael retired from broadcasting in March 2007.

He is survived by his wife, Pat, and his daughter, Michelle Allen, the station said.