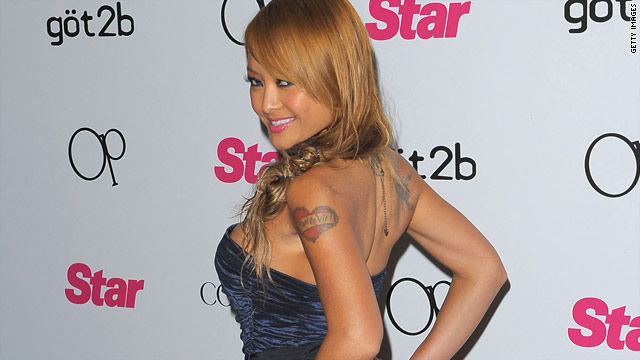 Tila Tequila says she is giving the gift of life for Christmas as a surrogate mother for her brother and his wife.
STORY HIGHLIGHTS
RELATED TOPICS

(PEOPLE.com) -- Is Tila Tequila giving her brother a shot at fatherhood?

In a Twitter post on Sunday, the reality-TV star wrote that she is serving as a surrogate mother for her brother and his wife. "That is my xmas present to them. Im pregnant!!!!" she wrote.

The nature of the surrogacy is unclear.

Presumably she's carrying the couple's child (as a so-called "gestational surrogate"), though it could be her own biological child, removed from the couple entirely, that she would then relinquish to them.

However, Tequila, 28, doesn't have the best track record when it comes to pregnancies announced on Twitter.

Over the summer, she reportedly started a rumor that she was pregnant with a late-night Twitter post that was quickly taken down.

She later wrote on her blog: "The point is ... maybe I was pregnant, or maybe I wasn't pregnant. I think that is something very personal but I'm going to clear that up now and say that I am not currently pregnant."

The pregnancy isn't the only gift she's giving her family this year. In another Twitter post on Sunday, she wrote: "This Christmas I'm going to surprise my Mom & Dad & Buy them a new house in Vietnam where they can retire & B happy."

Earlier this month, Tequila -- whose MTV dating show "A Shot at Love" centered around her bisexuality -- said she was engaged to Johnson & Johnson heiress Casey Johnson.

The couple are attempting to reclaim Johnson's adopted daughter, Ava, from the custody of her mother, Sale Johnson, according to the New York Post.

Ava was adopted from Kazakhstan two years ago. Sale Johnson took custody this year out of concern for the girl's safety.