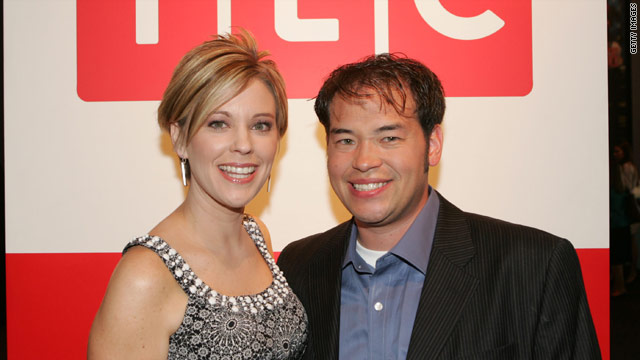 (CNN) -- After 10 years of marriage, Jon and Kate Gosselin's divorce was finalized by a Pennsylvania judge on Friday.

Kate Gosselin received primary custody of the couple's eight children and will continue to live with them in the former marital home, according to her attorney Mark Momjian, who added that Kate and her legal team "are very pleased with the final outcome."

The 34-year-old says she is also pleased to have the divorce behind her.

"I am very relieved that our divorce has been finalized, and I look forward to the New Year, focusing on the children," Kate Gosselin said in a statement. "This has been a challenging transition for all of us, but I am confident that we will move ahead with the important task of restructuring our lives."

Mark Jay Heller, an attorney representing Jon Gosselin, said the pair will move in a direction that "will be in the best interest of the Gosselin family."

He added, "While the arbitration proceedings are still a work in progress, Jon and Kate will remain binded in their commitment to their eight wonderful children."

The Gosselins rose to fame on the reality show "Jon and Kate Plus Eight," which began chronicling their lives with a set of twins and one of sextuplets in 2007.

The show ran for five seasons before Jon and Kate announced their separation and decision to divorce this year, amid tabloid reports of strife in the marriage. They filed papers to end their marriage in June.

The hit reality television show aired its final episode November 22, featuring Jon and Kate spending time with the children separately and talking candidly about the dissolution of their marriage.

A Maryland judge ruled this month that Jon Gosselin, 32, must cease making media appearances that TLC network views as a violation of his production contract, despite the culmination of the series.

Kate Gosselin is reportedly working with the network on a new project that would focus solely on her and would not film the children.