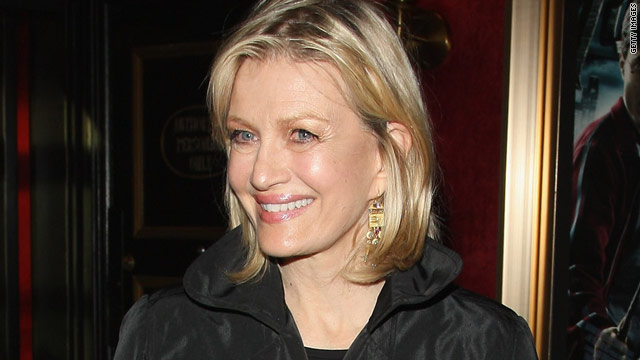 (CNN) -- There was more laughter than tears on Friday as "Good Morning America" bid farewell to the anchor who has helmed the morning news show's desk for the past ten years.

As the "Golden Girls" theme song "Thank You For Being A Friend" played in the background, the entire "GMA" crew replaced the audience. Many teared up as Sawyer reminisced with the other members of the "GMA" team, Robin Roberts, Sam Champion and Chris Cuomo, who also is leaving the morning show to anchor ABC's "20/20."

"Diane, we'll miss you, we go back a long way you and I," Bush said during Sawyer's final hour. "I've always been very impressed with your fairness and your digging in, I might add. I wish you the very best."

Roberts asks in between video clips of Sawyer's "GMA" history if it were possible to stop time.

Cuomo, who joked earlier that he didn't have the "emotional depth" for such moments, was the first to acknowledge that "GMA" is just as well known for the laughter it brings as its serious news coverage.

Roberts pointed out that there were many people who wished they could join the "GMA" group and say goodbye to Sawyer in person, and at the end of Sawyer's final hour, 25 of those people finally did.

A year after the September 11 attacks, Sawyer posed for pictures with 25 babies who lost their fathers in the attack on the World Trade Center. All 25 walked onto the "GMA" stage to give Sawyer goodbye hugs.

In the aftermath of that emotional moment, Roberts said the "best part of life is when your family becomes your friends and your friends become your family," a sentiment that Sawyer wholeheartedly agreed with.

"Some 3,000 days we've spent together. Some 3,000 mornings. Every year here has been a great journey forward with the 'GMA' family around me," Sawyer said.

"To everyone at 'GMA' and to those watching at home, wherever I am, there isn't a mountain high enough to keep me from you."