Why has Paris Hilton disappeared? 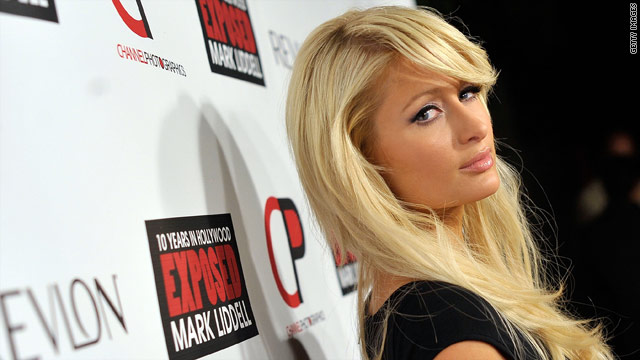 (CNN) -- Once a fixture on the red carpet and a staple of the daily news cycle, Paris Hilton has recently all but disappeared from the American consciousness.

Has the socialite who became famous simply for being famous ceded her throne to a new set of up-and-coming reality stars and party fixtures, or has she gone purposely dark in order to resurrect her brand like a phoenix rising from the ashes?

"She built the ultimate how-to guide on building a celebrity brand. Now she is in the second phase of the program, the disappearing act," said Samantha Yanks, editor-in-chief of Gotham and Hamptons magazines, two publications which often featured content about Hilton.

"Phase one was the ascension, seemingly out of nowhere," Yanks said. "That came with a media frenzy, the antics, the partying, the music, the babe-like status and of course, the fashion label. Phase two, she disappears."

Paris Hilton broke onto the New York City socialite scene in 2001, more famous for her late-night partying than for the small modeling jobs she had started taking. But her fame factor really began to take off when she starred in the Fox reality television series "The Simple Life," with her childhood best friend Nicole Richie, in 2003.

Hilton leveraged her fame from "The Simple Life" by pushing the Paris Hilton brand into books, perfumes, shoes and nightclubs. She landed a minor role in the film "House of Wax" and a leading role in the straight-to-DVD movies, "National Lampoons' Pledge This" and "Bottoms Up."

Despite bad movie reviews, Hilton managed to make news whether it was for a leaked sex tape, a bad breakup with a slew of less famous boyfriends or for appearing in public without underwear.

She was so pervasive that in 2004 New York Daily News gossip columnist Lloyd Grove banned her from his page and in 2007 The Associated Press conducted an experiment to try not reporting on Hilton for a week. Grove was successful for two years. The AP made it through its weeklong blackout and then reported on Hilton's arrest for driving with a suspended license nine days after the blackout began.

Now, two years later, most news outlets would be hard pressed to find a recent story about Hilton that they had to report.

The gossip and tabloid news cycle typically responds to what the public wants. The absence of Hilton in public life could merely be a response to a new generation of tabloid consumers' lack of interest in her.

"Paris just doesn't nearly have the mass appeal she had a few years ago. She shows up at events, but people are much more concerned with whether Robert Pattinson's going to show up with his secret girlfriend Kristen Stewart," explained Star magazine's Suzanne Rozdeba, a senior editor. "She's not working on a scandalous reality show, or groundbreaking project, or starring in a horror movie, or dating hunky Taylor Lautner, so people are honestly just tired of hearing about her partying. Maybe people are just simply tired of her."

It is hard to believe that after years of honing her ability to exploit herself and her name, Hilton has simply let the media forget about her. Perhaps dipping below the radar is exactly what Hilton is looking to do in order to rebuild her brand.

"Paris invented it all -- the whole famous-for-being-famous act," said Jared Shapiro, executive editor of Life & Style magazine. "And since then others have taken the torch. But it's not like she's done. She knows she hit oversaturation and she's taking a breather, working on a second album and developing some TV. I still firmly believe she's one of the more famous people in 'Celebrity-ville.' The second she's pregnant, has a baby, or gets married, major interest will peak."

Hilton, who has never been known to do anything discretely, did just that last week by quietly launching her line of hair styling products. The line includes the "Celebrity Styler" and the "Ultimate Styling Brush," in Hilton's signature pink.

The launch at the Thompson Hotel in Beverly Hills, California, lacked the typical Hilton entourage of paparazzi, media scrum and celebrity friends. The guest list was kept to Hilton's friends and family, including her sister Nicky Hilton and her boyfriend Doug Reinhardt.

But in addition to her hair products, Hilton has also been in the studio recording her second album.

"It's smart for Paris to keep a low profile until she is ready to come back with a more defined and sophisticated brand," said branding expert Rebecca Brooks, president of The Brooks Group. "Americans have proven to be extremely forgiving when it comes to stars and their shenanigans and I think they will be receptive."