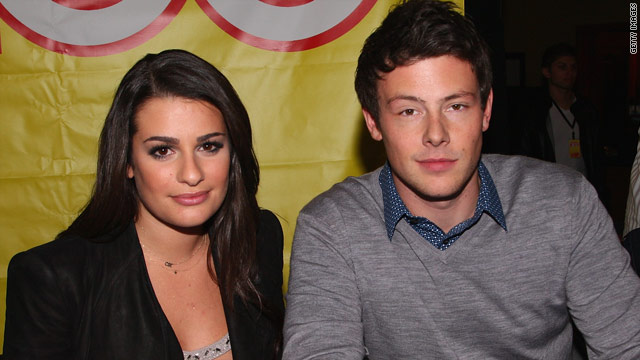 Although they are involved in a love quadrangle on the show, Glee stars Lea Michele and Cory Monteith saiy it is all an act.
STORY HIGHLIGHTS
RELATED TOPICS

(People.com) -- Sure, costars on another popular show are dating in real life -- to the delight of fans -- but that's not the case for Glee's Cory Monteith.

The 27-year-old star's onscreen chemistry with Lea Michele, 23, is just an act.

It's messy with pregnancy, lies and two baby daddies for one baby. Confused? So are their characters.

One thing that Monteith thinks would make matters worse: Transporting their relationships from the small screen to reality -- like Gossip Girl's Penn Badgley and Blake Lively.

"That seems really difficult. That seems like it would be tricky," Monteith said.

Salling, on the other hand, only wants to keep the rumor mill running.

"It's all true. Every little word is true," he said of the behind-the-scenes relationship stories. "Every little thing you read in those magazines is true. Spot on."