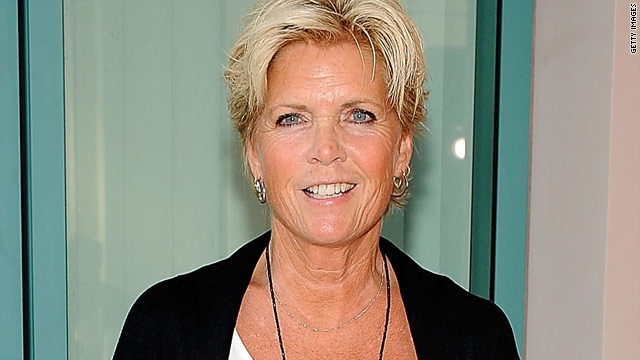 (CNN) -- "Family Ties" actress Meredith Baxter made the media rounds Wednesday confirming the rumors that she is a lesbian.

"It was a later in life recognition," the actress explained to Matt Lauer on the "Today" show Wednesday.

The National Enquirer recently ran a story about Baxter being spotted on a lesbian cruise through the Caribbean with a "female friend," which was then picked up by celebrity blogs. As a result, the 62-year-old decided to tell her fans herself.

"I didn't want some tabloid to take the story and make it up," Baxter said in the interview. "I wanted it to be in my own words."

Coming out was a difficult thing for the quiet actress to do. She told Lauer on "Today" that she's always "lived a very private life. To come out and disclose stuff is very antithetical" to who she is.

Baxter told DeCaro that she knew she could be outed when she went on the cruise with her partner, Nancy Locke, but she went anyway.

"We live a very open life at home," she said. "Anyone who's a friend of mine, anyone who knows and cares about me knows. It's no secret that I'm gay, but it has been to the greater world.

Baxter also told People magazine that she has been in a four-year relationship with Locke, who works as a building contractor. Baxter has been dating women for the past seven years, and "the thought of being gay never crossed my mind," she said.

The actress was married three times before, during which she "was never comfortable with herself," she told People. Now, she feels like she's "being honest for the first time."

Baxter has also come clean to her five kids, according to People. Her 25-year-old son Peter was all smiles. He told the magazine that he "just couldn't stop smiling, because she finally figured it out."