Oprah's 'Favorite Things' may be back next year 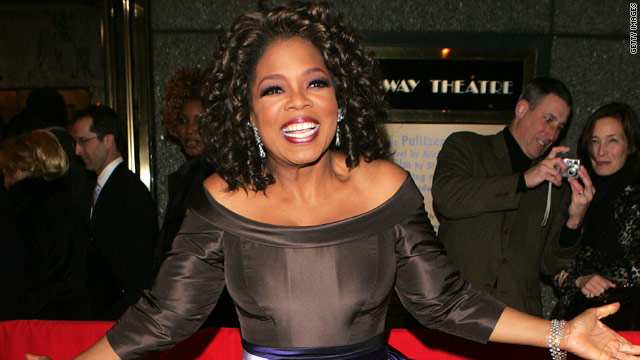 (CNN) -- Fans of Oprah Winfrey's "Favorite Things" episode might get their favorite thing back next year. Producers for the show say they are still deciding whether they will bring the Thanksgiving-time giveaway episode back for the 25th season.

"For the last couple of years, it just wasn't feeling right, so we didn't do 'Favorite Things' as part of our lineup," executive producer Sheri Salata said. "It's too early to say for our 25th season, but we'll re-evaluate next year, because we know it's a viewer favorite."

Oprah's television show may have canceled "Favorite Things" for now, but another arm of the Oprah empire, O Magazine, is picking up the slack with a "12-Day Holiday Give-O-Way." The talk show host began promoting the contest on her daytime show Tuesday, directing viewers to her Web site to enter codes for a chance to win her "Favorite Things."

Twelve readers will win every gift in the magazine's holiday gift list, a package valued at more than $4,000, which includes Reebok Easytone sneakers, a 16-gigabyte Apple iPod Nano and a Kate Spade faux-fur trapper hat.

One grand-prize winner will also get trips for two to "The Oprah Winfrey Show" and "The Ellen DeGeneres Show." DeGeneres appears on the cover of the December issue alongside Winfrey.

Some prize-happy fans, eager to beat the system, have posted the codes on Web sites and message boards.

Winfrey's "Favorite Things" episode wasn't just fun for the audience, which received pricey holiday gifts like cashmere sweaters, DVD sets and refrigerators and often devolved into a weeping, screaming mob. The products featured on the show often received a huge boost in sales.

Of course, the items listed in the magazine's holiday list will certainly benefit from their inclusion, as readers look beyond the show this year to find substitutes for Oprah's favorite things.

"We have noticed an increase in sales already, and we are expecting quite a boost in sales over the month after being mentioned in the magazine's holiday list and included in the contest," said Rebecca Bachinger, sales and production coordinator for the Virginia Johnson clothing line, whose shark-print scarf was featured on the magazine's holiday gift list. "I think the people who normally would have tuned into the show are now looking for direction through the Oprah magazine instead."

New York City life and dating coach Tracey Steinberg was disappointed that favorite things was canceled but is indeed looking to the magazine for gift-giving guidance.

"Between her announcement about retiring and her big Sarah Palin interview, I think everyone has Oprah on the brain, so I think a lot of people are still looking to her, myself included, for what to buy this holiday season, even without 'Favorite Things,' " she said. "My husband's future gift is going to be something listed in her holiday gift guide."