Commentary: Why I'm not delighted by Sawyer move

By Carole Simpson
Special to CNN

Editor's note: Carole Simpson, who anchored the weekend editions of "ABC World News," is leader in residence and a full-time faculty member in the journalism department of Emerson College. A recipient of three national Emmy awards with 40 years experience as a broadcast journalist, Simpson was the first black woman to anchor a network evening news broadcast. 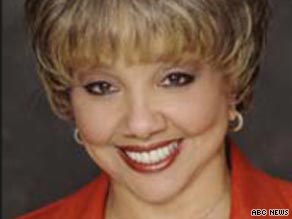 Carole Simpson says women are gaining prominence at a time when major network news is endangered.

Since I have personally worked for 30 years for the advancement of women in broadcast journalism, I guess I am supposed to be delighted. Why am I not?

Because it took so darned long -- and TV news is on life support.

No disrespect to Diane or Katie. I consider them friends and I take pride in their accomplishments. They have proven their talents and journalistic credentials. But, come on. We had to wait until 2009?

Women began entering television news in significant numbers in the 1970s during the women's liberation movement. In fact, I started my network career in 1974.

The major impact on the hiring of women resulted after 16 women filed a class action sex discrimination suit in federal court against NBC in 1975. Two years later in a $2 million out-of-court settlement, the network promised to act affirmatively and hire, promote and raise the salaries of a large percentage of women over the next five years.

CBS and ABC saw the writing on the wall and suddenly discovered many women -- inside and outside their news divisions -- qualified to be more than researchers and secretaries.

We women in television news thought we had "arrived" when ABC chose Barbara Walters to co-anchor the evening news with Harry Reasoner in 1976. It turned out to be a match made in hell. Harry was so upset about sharing airtime with a woman that he refused to speak to Barbara, except on the news set. The ill-fated experiment ended two years later when Harry left in disgust for CBS and Barbara was ousted as anchor.

While newswomen were continuing to move onward and upward in network television, it took another 16 years -- 1993 -- before we saw another woman in a network anchor chair. At CBS Connie Chung was paired with Dan Rather on the "Evening News."

During her stint as co-anchor, Connie was sent to Oregon to report on figure skater Tonya Harding's activities following an assault on her chief skating rival, Nancy Kerrigan. Dan Rather remained at the anchor desk.

Can you even imagine Dan spending days out of the studio reporting on someone like Harding? No, you can't. Chung was axed from the program after two years amid tension with her co-anchor.

In 2006, 13 years post-Connie, Katie Couric made history when CBS named her the solo anchor of the "Evening News." She had a rough time from the blistering criticism most women "firsts" have to endure. But she has held her own and grown in stature, enough so that ABC has given Diane Sawyer her shot.

It took almost 40 years for this unique state of affairs. So, why are women getting these opportunities now? Well, I'm a cynic. The reason is that broadcast television news is dying.

For more than 20 years, network newscasts have been called "dinosaurs." Media experts say the shows are in their death throes. Network news budgets have been slashed and employees have been fired and laid off.

The audience for network news has been dwindling year after year as viewers turn to cable or the Internet for their news, or avoid the news altogether.

I wish Diane and Katie the best. Millions of Americans still watch network news programs, but they are only a semblance of what they were in terms of quality and content.

With fewer resources and the death knell sounding, why not put women in charge of the network evening news programs? When things couldn't be worse, it's okay for women to be in charge. Sad to say, but I don't believe the evening network newscasts, nor Katie and Diane as the anchors, will be around for very long.

The opinions expressed in this commentary are solely those of Carole Simpson.